Boys have a penis and girls have a vagina

How we made the bathroom less scary

Boys have a penis and girls have a vagina


Okay…. Ha ha.  Yes, I said both penis and vagina in the title of this post. There’s a reason for that and if we can all stop giggling, I’ll tell you all about it.

It all started out with this picture. (See below) 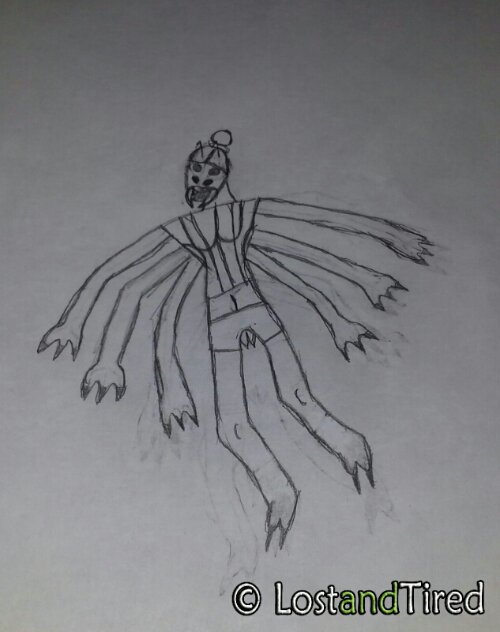 Gavin’s been really focused on drawing lately.  I’ve been sharing his pictures almost everyday.  Today however, we had some concerns about his latest creation.

He calls this Woman Spider and it’s inspired by an episode of Spiderman.

In this episode, Spiderman grows extra arms as he’s turning into a real spider.  Gavin decided that he wanted to draw a female version of this.

If you haven’t noticed anything….um…inappropriate, have a look at the picture below and I’ll point it out to you. 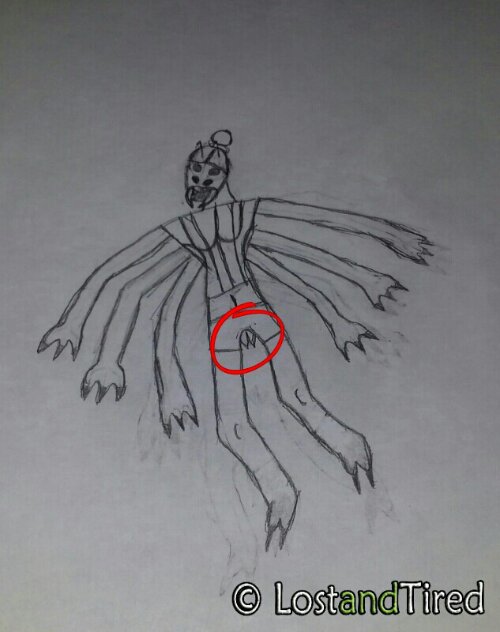 When I first saw this, I was like WTF!! He totally just drew a vagina on this creature.

However, instead of freaking out, I asked him to explain the picture to me. When we got to the um….part in question, he explained that it was her “web shooter.”

He said that he couldn’t figure out how to draw the abdomen, so he had to improvise.

I explained that I understood but I fear that some people might find this web shooter to be a bit offensive.

After speaking with Lizze, we decided to explain to Gavin why this was a problem, so he would hopefully understand and we can avoid this in the future.

I tried to explain that what he drew looked like a vagina.
His response to me was “what’s a vagina?”

That’s when I explained that boys have a penis and girls have a vagina. Keep in mind that Gavin has already had sex-ed and still doesn’t know or remember what a vagina is.

I was not prepared to have that conversation with him, nor was Lizze.

What proceeded after that was a very awkward, impromptu conversation about boy and girl parts.

Part of me wonders if this was just one of those things he does, so that he can watch us squirm. It’s entirely possible that he was messing with us but it didn’t really feel that way.

The impression I got was that this was a totally innocent artistic mishap.

I never want to censor my kids, especially when they’re being creative.  That said, we do have to be careful, specifically with Gavin, because he’s in a place where he’s drawing female figures very anatomically correct.

If he did that at school, it probably wouldn’t go over well. We just want to make sure he’s not going to get in trouble and he understands what’s appropriate and inappropriate.

Loved this post. I just hope I have the courage to explain body parts to my kids when they start drawing anatomically-correct super-heroes.

Pooshnc MeaghanGood Charyss AMDuser ParentingPatch thanks everybody.  While this was awkward a day uncomfortable, it will one of those things that I will look back on and laugh about.  🙂

Lol With my daughter, who is almost 19 months, we started using the words penis and vagina right from the start. When we change her diaper, we talk about her vagina. When the puppy is on his back, we talk about his penis.

When I read the title of your post and saw the picture, I couldn’t help but giggle a little (sorry!)…but the it brought back memories of a Sundance Film Festival movie I watched a several years ago called “Teeth”. It was labeled as a horror film but it was more ridiculousness than anything else….poor acting meets a story line of the bizarre. The “teeth” were in…ummm…the web shooter.

When my boyfriend Michael was about six or seven, his parents were summoned to school to discuss “obscene” drawings he’d made. It turned out they were stick figures of a man and a woman. The man was just an ordinary stick figure with a round head and nothing between its legs. The woman stick figure had long hair, and one dot under each arm to represent breasts. Michael’s school (for what it’s worth, it was a private Catholic school) thought there was something wrong with these pictures and suggested his parents take him to see a psychologist. His parents laughed.

Rob & Lizze,
I have to give you so many courage marks for this one, most of us squirm at the awkwardness of this conversation once per child( at least that first intro version bit) you run the risk of having repeat performances due to a diagnoses that allows the info to essentially disappear, yet you still bravely do so no matter how often the need arises.  Anyone questioning your parenting skills needs to read this and if they forget read it again.  I bet they aren’t as brave. Great job; Good Parents! 🙂

When I saw the title and the pic I had a felling that that masterpiece was done by gavin lol.

When I saw the title and the pic I had a felling that that masterpiece was done by gavin lol.