Despite the efforts of unseen forces, I managed to bring the kids home from summer enrichment  -

The fighting is so frustrating

Despite the efforts of unseen forces, I managed to bring the kids home from summer enrichment

I must have angered the mystic forces of the Universe today because they were definitely working against me. Lol

Dropping the boys off at summer enrichment almost didn’t happen because when I went to start the car, it barely formed over.  I think the battery is bad.

It did however, start and I got the boys to school on time.

When it was time to retrieve from their summer enrichment program, the ignition was frozen and wouldn’t turn.

Thankfully, I was leaving early because I was going to check the PO Box for this site first and so I had extra time. I called my Mom to see if she could pick the boys up as I couldn’t get the car to start.

Right before I hung up the phone with her, the key turned, the car started and I was in my way to get the boys.  😊

I left the car running when I ran in to get the boys because I didn’t want to risk it not starting again.

That said, we made it safely home and just in time for lunch, which was a challenge in and of itself, for a multitude of reasons. 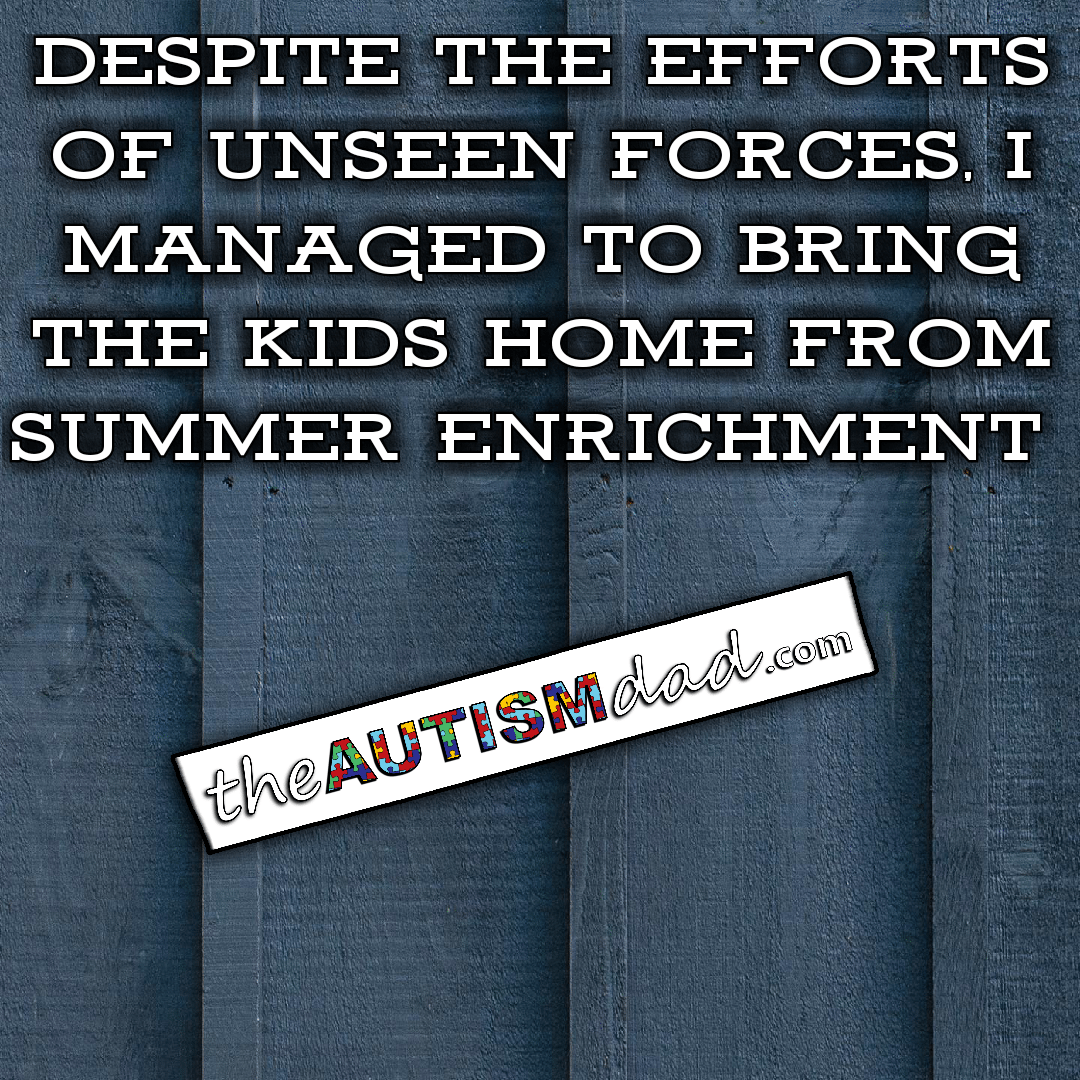