What his stomach looks like after an IVIG infusion


Gavin’s IVIG infusion has been a disaster so far. First of all, the supply company shorted us the needles needed to draw up his meds. I had to find a pharmacy that carried theses and was willing to sell me some without a script. Honestly, who would be buying these things without some a script? I guess I get it.

Luckily, the Walgreen’s down the street was willing to because they are familiar with Gavin and his infusion needs.

Unfortunately, after I arrived home and struggled for about 20 minutes to draw up his medication, I realized that they sold me fricking filtered needles. Let me just say that trying to draw up his meds with these needles was like trying to suck a watermelon through a stir straw.

Thankfully, I was able to finally win that battle for the most part but we suffered from my sanity bouncing off all the walls while trying to run away.

Anyway, his infusion is underway. Actually, his infusion has been going on for quite some time now and we’re making very little progress. Lately, his infusions have been taking roughly one hour or so but today, it’s likely to be hours. 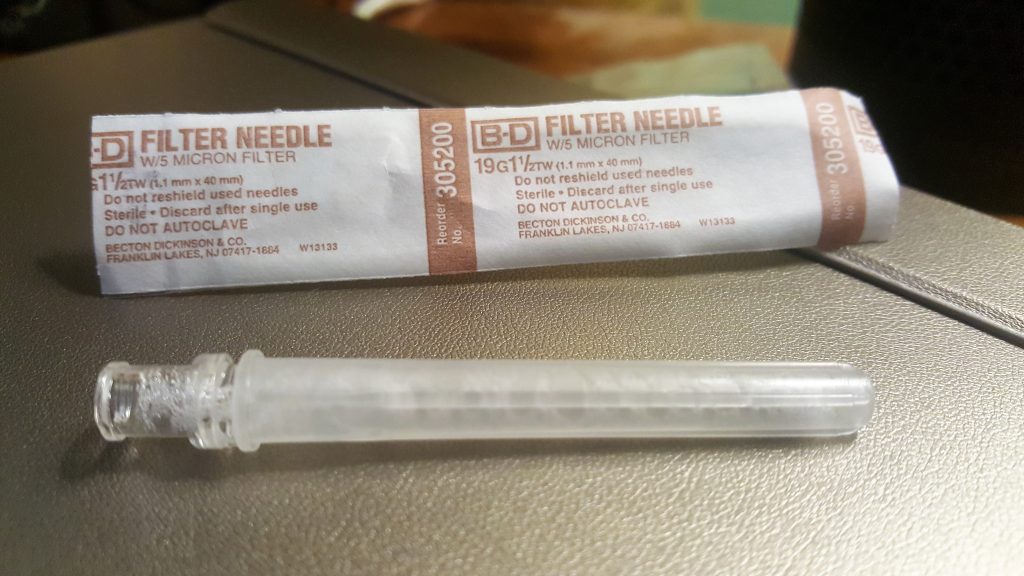