When I first met my wife

When life catches up

We unexpectedly ended up at my parents house on Sunday afternoon.  This was due to the whole Rogue thing.

Anyway, Emmett immediately makes himself comfortable, as he so often does.

However, this time is was a bit different than he normally does.  This time, as you can see below, he only took one shoe and one sock off. Oddly enough, he spent the next 4+ hours this way.

I thought that was a little strange because he’s always so particular about both feet feeling the same way.

In fact, I would have thought this would be downright uncomfortable but to each his own I guess.

I’m not sure if this is a victory or not.

Having said that, he did keep the rest of them on so that’s definitely a check mark in the victory, at least as far as I’m concerned. 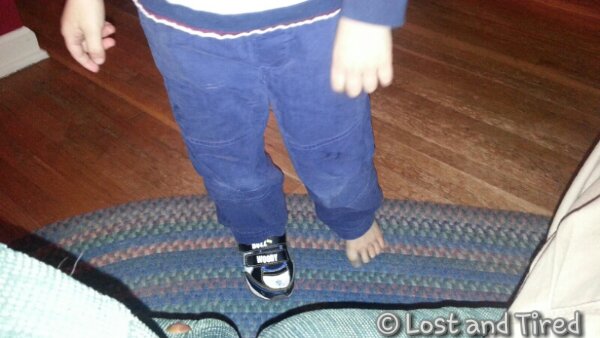