Even though it's hugely positive, it's still stressful and even overwhelming  -

Bad news about Gavin’s appointment at the Cleveland Clinic tomorrow

Even though it’s hugely positive, it’s still stressful and even overwhelming

It’s been a trying day for me personally. I was reunited with some of Lizze’s family, I hadn’t seen in almost 2 years.  It was awkward and a bit uncomfortable at first but it’s really positive.  I got a big hug and all was right with the world once again.  ☺

There’s still some family things we have to work through but given time, everything will be okay.

Even though this is overwhelmingly positive, it’s still stressful for a number of reasons. Add that stress to the already stressful behavior of the kids and life can be overwhelming.

Anyway, today was a day of reunions.  It was a day of meltdowns and routine changes.  It was also a day that ended with all of us being together, under the same roof and that’s something so amazing that it can’t really be quantified.. ☺ 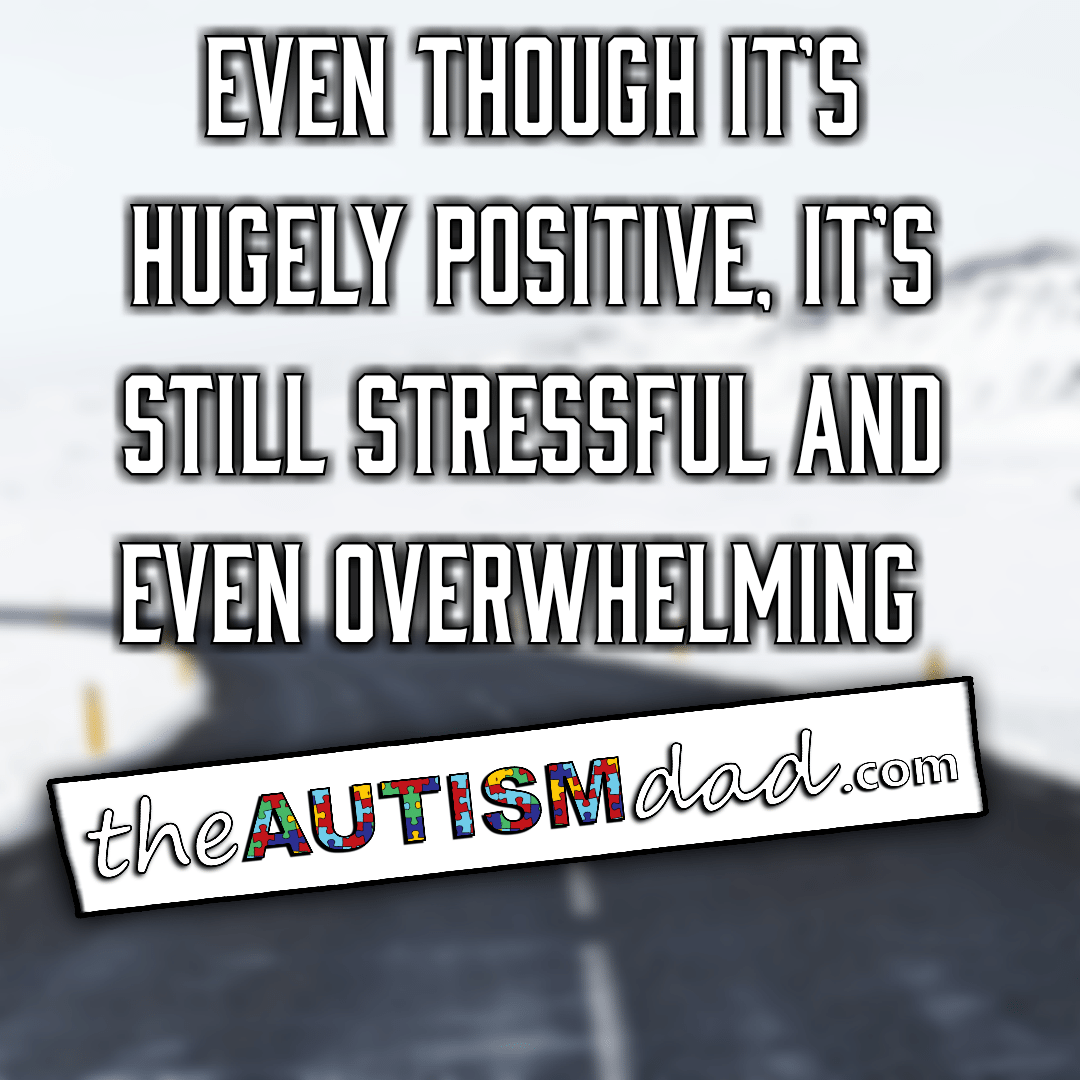