Even though it’s hugely positive, it’s still stressful and even overwhelming

Bad news about Gavin’s appointment at the Cleveland Clinic tomorrow

I had to make an executive decision this afternoon and it’s one I didn’t want to have to make.

We are still having car trouble and I hadn’t considered that until I tried to start the car this morning and it barely started.  The battery is not holding a charge and it needs to be replaced.  That’s something I can’t do right this second.

The last thing in the world I want to do is get stranded 90 minutes away from home, with a kid who will freak the fuck out if the car doesn’t start. O_o

I spoke with the Cleveland Clinic this afternoon and explained.  They have Gavin rescheduled for the first week in July.  Gavin’s doing really well so it’s not crucial at this point and can wait until July.

I hate having to do this because Gavin doesn’t like schedule changes but he also doesn’t like the idea of being stuck there as well.  That lightens the blow a bit… 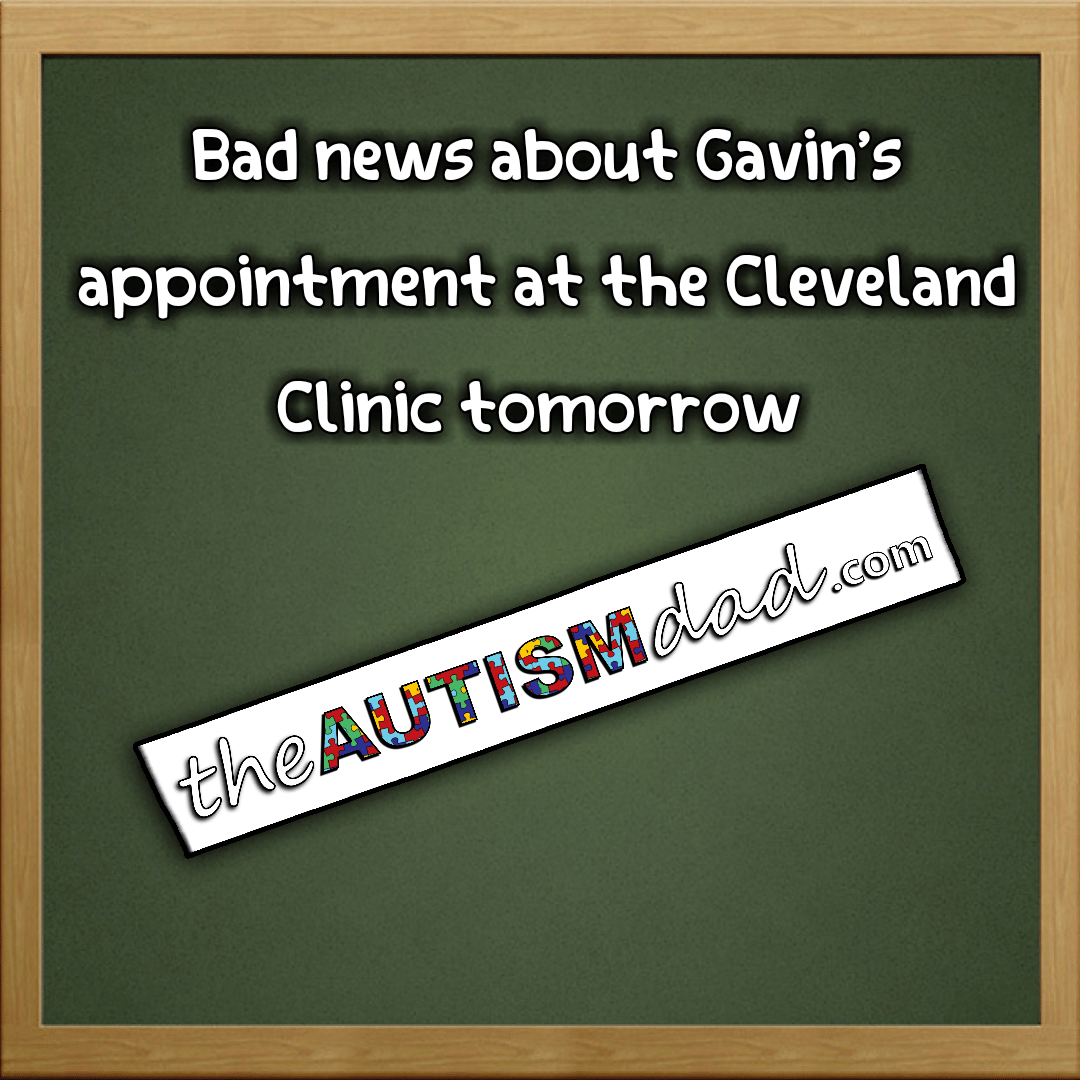