It was a no sleep get up really early kinda night

It was a no sleep get up really early kinda night


I had a really hard time sleeping last night because I had a lot on my mind and Elliott and Emmett were up around 5am. It’s safe and accurate to say that it’s been a rough morning.

Lizze has class and Emmett has his very first day of social group.

I’m really excited to get Emmett to his group today.  I think it will do him some good and it’ll be nice to get him working with a group of peers.

Elliott and Gavin are gonna hang out with Grandma while we’re gone because asking them to sit and wait for at least an hour while Emmett does his thing, is probably asking too much.

Anyway, while I’m really tired, I’m also in a pretty good mood and that’s important because it’s easier to focus on the positive. 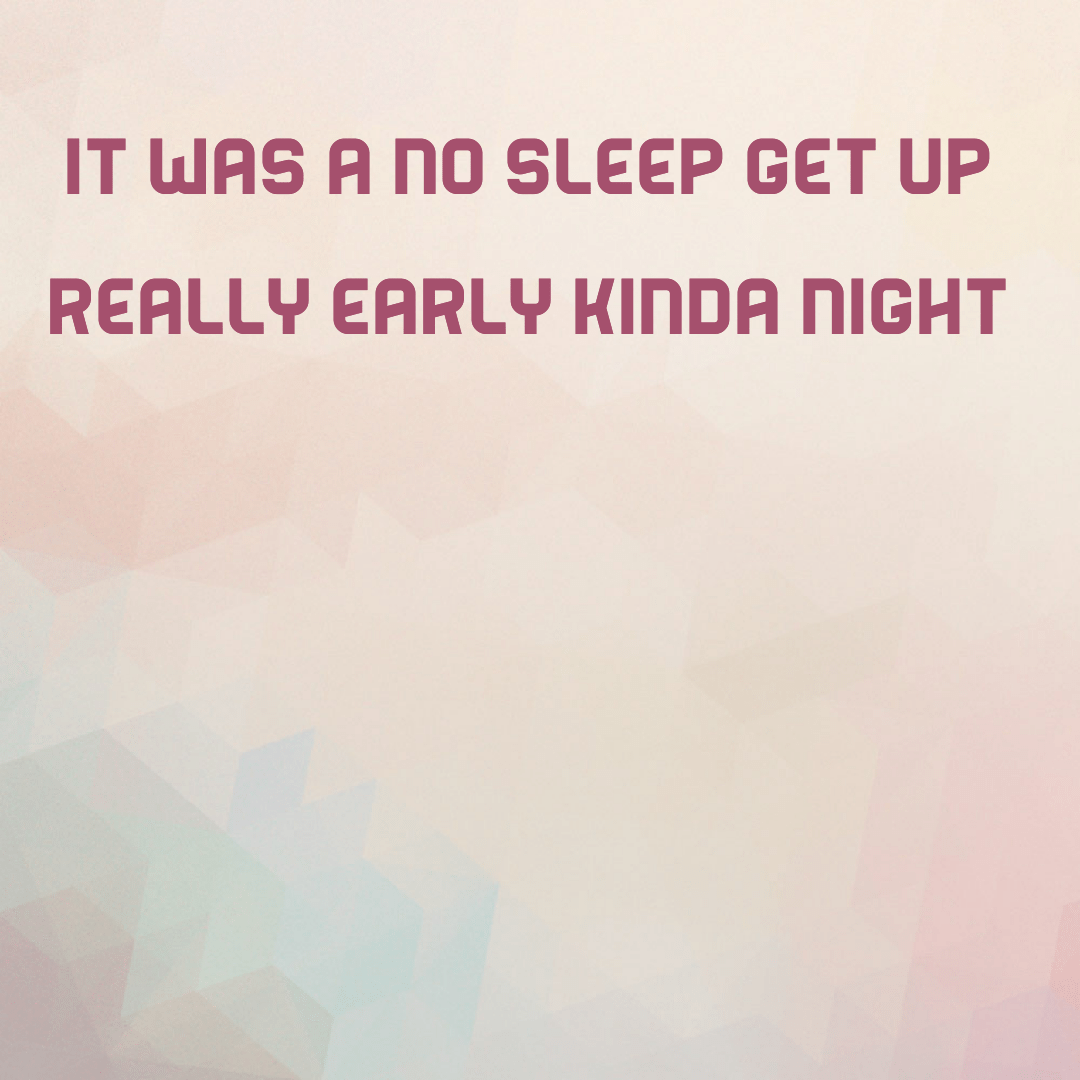