It’s been an exciting morning already or has it really?


This update on Gavin’s current state of mind is tinged with concern.  It’s important to know that this is not a totally freaked out level of concern but rather a level of concern greater than I’ve had in awhile.

He wanted to debrief me this evening during his IVIG infusion but it didn’t happen for some reason.  I got wrapped up in two slightly overstimulated little minions, who had experienced too much of life this weekend and were teetering on meltdowns.  Gavin was wrapped up in his game and we just never connect on this topic tonight. 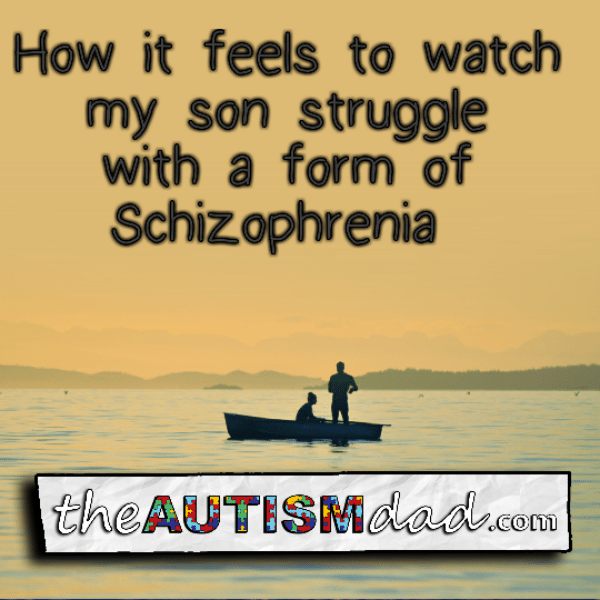 Anyway, before I get off on a tangent, this is why Lizze and I are getting more concerned.

As he wades deeper and deeper into the psychotic break or extreme mania, he’s becoming very easily agitated.  He’s snapped at me a few times today and that’s very uncommon for him anymore.

He’s still very much a sweet, helpful, well behaved young man.  He’s perfectly safe to be around as well.

The concern comes from the fact that he’s more easily agitated and lacking the patience he normally has.  This tells me that he’s beginning to struggle a little bit.  He’s spending more and more time alone in his room as well. That’s concerning because it’s a significant shift from the norm for him.

There’s nothing really about this that is far off from his previous cycles, aside from the fact that he’s not violent towards himself or anyone else.  That’s a really good thing because it means that we should be able to weather this within the home..

On a very personal note, I have a really hard time expressing, just how heartbreaking this is to witness. One might think that having experienced these types of cycles, on and off for a decade or so, it would get easier.  I assure you, it doesn’t get easier.

It’s just as hard to watch him get sucked back into the world of his visibly challenged friends, as it was the first time or any other time for that matter.

The only saving grace for me as a father is that he’s happy.  Gavin is truly happy and always has a smile on his face.  Yes, it might be because he just waged an interstellar war to defend the Universe with his team of super best friends and was victorious but he’s still happy. At the end of the day, he goes to sleep happy.  I guess in retrospect, that does make it a bit easier to witness because he’s not miserable or paranoid, violent or dangerous.

I certainly don’t mean to sound insensitive or condescending because if I could carry this burden for him I would.  At the same time, I need to have a sense of humor about all this shit because it’s how I keep from dropping the last few of my coveted marbles and hopping the train to crazy town. My God, they’ve been trying to sell me a time share in crazy town for years but I’ve been resisting the urge to invest.

Anyway, on a serious note, it really is tough to watch and there’s no way to know how long this will last or how deep the proverbial rabbit hole goes.  We just have to hold fast, be safe and show him love, patience, understanding and compassion until he cycles back out.