We simply have to get this train back on the tracks, for all our sakes -

I hate when sleep eludes me, even when I have a chance to sleep

We simply have to get this train back on the tracks, for all our sakes

Last night it wasn’t enough to just have Emmett be awake because apparently it’s not a party unless Elliott’s unable to sleep as well.

We ended up camping out in the living room last night because it was the only way I could get them to settle down and stay in one place long enough to eventually fall asleep.  They are both on 5mg of Melatonin as well but I think we’re gonna have to check into increasing it. 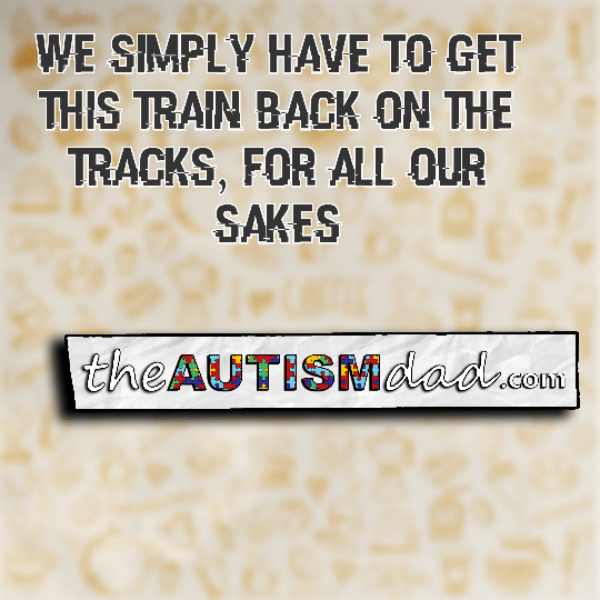 The last three days have been pretty much a blur and thank God Lizze’s parents took the kids for us tonight so Lizze could rest and I could sleep..  Lizze is still under the weather and I’m just completely drained.

All three of the boys were doing better this morning and so we weren’t sending anyone who wasn’t well enough to go.  The way I see it, if they’re well enough to want to go, we need to take advantage of that because we’re really trying to make sure that we take better care of ourselves and we need a night to just shutdown…

There are no immediate plans for tomorrow and I’m hoping to sleep in as long as I can.

We need to get the house caught up and maybe we’ll get a jump start on that before the kids return to undo it.

With any luck, the change of scenery/environment will help Emmett get back on track as far as sleep goes.  We simply have to get this train back on the tracks, for all our sakes.