Bad news about Gavin but I'm not sure just how bad -


Gavin’s been doing really well for a while now, especially in regards to his bladder control problems that are either a result of his autonomic dysfunction or a side effect of his Clozapine.

Anyway, I would probably describe it as an overactive bladder but that’s not quite accurate because he doesn’t actually need to go.

Gavin gets the overwhelming sensation that he has to go potty, to the point that he is in pain but then doesn’t have to go when he tries.  Bladder infections have been ruled out quite a few times and oddly enough it only seems to be a problem when he’s in a moving car.

This has been slowly creeping back into his life again as well.

Unfortunately, today’s been the worst in a long time and Gavin barely made it the five minute drive to Speech Therapy.

Once we were in the waiting room, he had to try the bathroom several more times during the 10 minutes we had to wait for his therapist.

As frustrating as it is for me, it’s a million times more frustrating for Gavin.  He’s so upset with himself for doing this, even though he’s got no control over this.  I try to reinforce that it’s okay and it’s not his.  I reinforce that I’m not angry with him or anything like that because I’m not.

Unfortunately, there isn’t much that can be done and if this keeps up, we’re gonna have to hit Urology again, just to rule out physical problems.

I’d really appreciate if you kept Gavin in your thoughts, as he’s struggling a bit and could use some positive energies coming his way…… 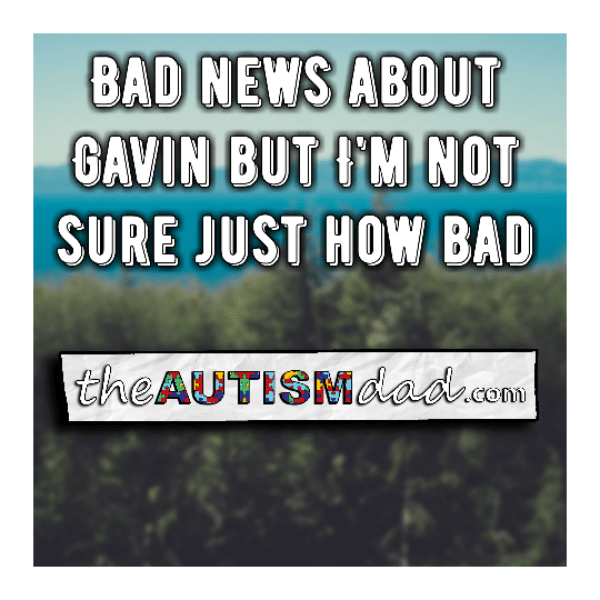