Pokémon Go is a blessing and a curse -

This is what I found in my bed last night

Pokémon Go is a blessing and a curse


I took the boys out hunting Pokémon thus evening and it turned into a massive disaster.

Apparently, Pokémon Go servers were hit by hackers and so it either works or it doesn’t.  Some people could log in and others couldn’t.  In my case, the some that could log in were Elliott and Gavin.  The others that couldn’t were Emmett.

Emmett has been unable to log in and the trip was extremely frustrating for him because there were hundreds of people around and they were playing. That’s all he saw.  He didn’t notice the people having the same issues as he was having.

I’m really proud of Emmett because he kept his cool and practiced his calming techniques.

He was able to hold it together until we got back into the car and headed home.  That’s when the meltdown began and carried through until bedtime.

I would just like to send an impassioned fuck you to the people who hacked and crashed the servers.  Pokémon Go is a blessing when it works and it really gives the kids motivation to get outside.  It’s a curse because it’s so goddamn addicting, that when it doesn’t work, people are freaking out. 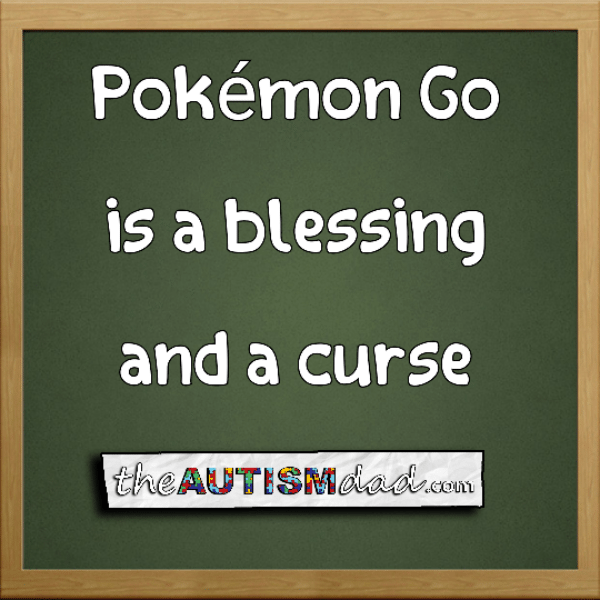