Today was pretty horrible but we lived to tell about it -

Today was pretty horrible but we lived to tell about it


Today has been such a long, both emotionally and physically draining day.

Before and after Emmett’s emergency dental appointment, I didn’t see much of Gavin.  He spent most of his free time in his room. The only time he really spent time amongst his family was after dinner, while he was receiving his IVIG infusion.

Poor Emmett has been so tired after his dental procedure today.

He fell asleep in the car on the way home and has been in some pain. I guess if you have to have a tooth extracted, it’s way better to have it be a baby tooth because there’s almost no root.

I think it will be pretty reasonable to expect the next day or so to be a bit challenging in regards to Emmett. If there were a scale to measure overstimulation, today’s events would have broken that scale.  There’s very likely going to be fallout from this whole thing and we will very likely see it over the next few days. 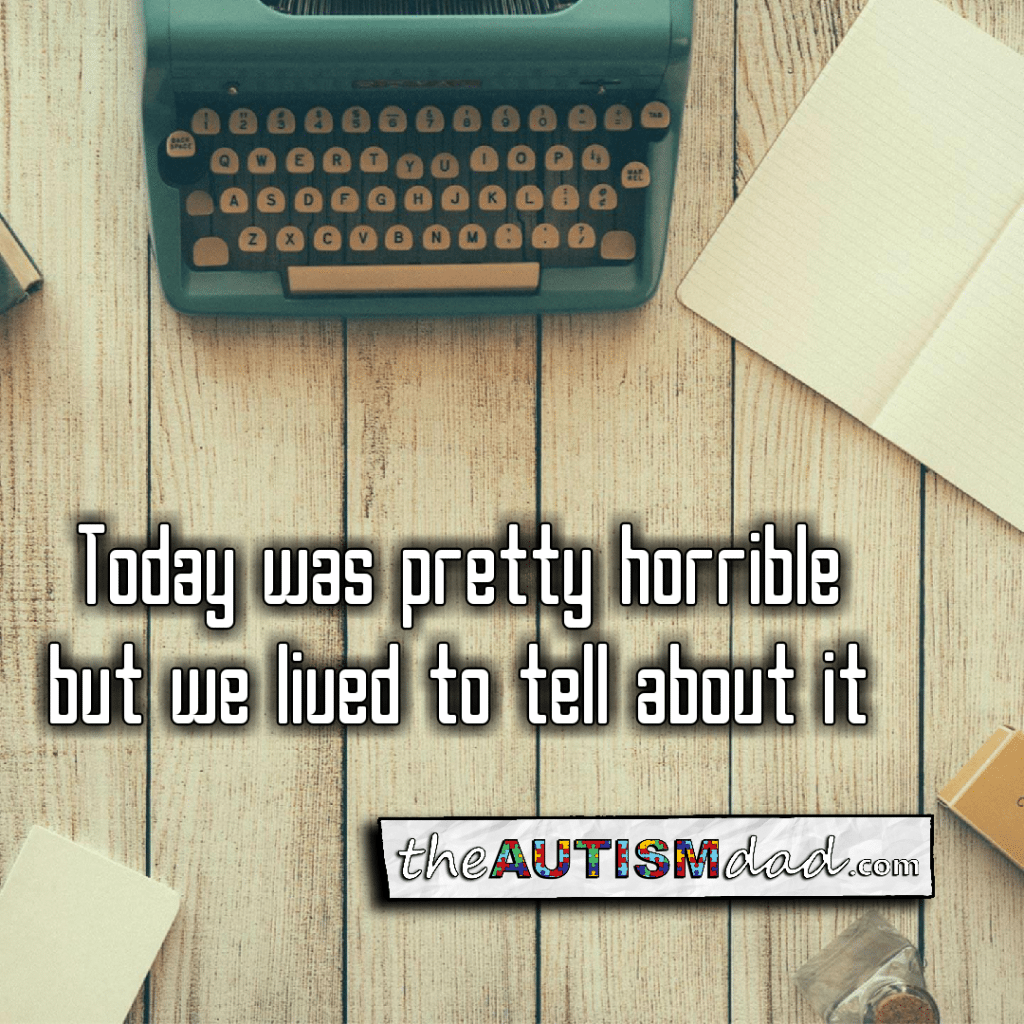 He’s been in a pretty decent mood, all things considered and he actually fell asleep in his own bed.

He hasn’t eaten much but that’s to be expected.  I picked him up some ice cream because it was easy to eat and the cold made his mouth feel better.

If I had to pick out something that really surprised me today, it would easily be how well Elliott did while we were at the dentist for Emmett.  He insisted on coming back with us because he didn’t feel comfortable in the waiting room.

As it turns out, Elliott didn’t even flinch the entire time.

He was very supportive to Emmett and really did an outstanding job of being there for him today.  Below is a cute little video of us talking after Emmett’s mouth was numbed up..

Lizze got home around dinner time and helped me get dinner ready for the boys.  Oddly enough, we neglected to feed ourselves for some reason.  She’s doing pretty well and today wasn’t anything to the contrary.

As for myself, I’m exhausted after today.  Emmett’s screaming and I mean screaming, while at the dentist, took a toll on me both physically and emotionally. It’s hard to see him go through something like that and not have it impact me.

The rest of the day was okay.  It wasn’t anything spectacular but it was definitely a keeper.

Lizze and I are going to bed early and that translates to before midnight. I’m hoping for a good nights sleep because we only have tomorrow to finish prepping the house for our guests from Vivint arrive on Wednesday.

While we’re all excited about this visit, I’m going to be glad when it’s behind us because it’s really stressful having people over to our house. It’s tough on the kids, in terms of over overstimulation, even if they have the time of their lives.

I’ll be glad when this week is over and it’s only Monday, almost Tuesday morning.  ☺️