Today was pretty horrible but we lived to tell about it


I can’t even begin to explain how horribly awry today has gone. I should probably just start at the beginning.

Lizze got off to class without any problems and let me sleep in until it was time for her to leave.

The boys and I spent the morning getting some things done. I spent a large part of my time just trying to calm Emmett, who’s picked today to freak out about the dentist.  He normally does well but on a day that Lizze isn’t able to be there, he’s pretty hardcore freaking out.

Before we left, Elliott and Gavin had a snack because we were going to eat lunch late.

Elliott had some granola samples I had received and Gavin had crackers or something, I can’t remember. We checked to make sure the granola was almond free and safe to eat. It looked to be okay because we just have to avoid directly ingesting almonds.  Tree nuts have always proven to be okay.

As we are driving down the freeway and Elliott’s finishing up his granola, he begins to have an allergic reaction to his snack.

His throat is getting itchy and it beings to hurt.

I called Lizze and checked to see if she had any Benadryl on her because we actually had to drive past where she was at.  She had some and so we detoured to her and got Benadryl in Elliott’s system within a few minutes of him having a reaction.  It was faster this way and he was okay,  just experiencing mild anaphylaxis.

We’re going to have to be more careful and carry his epi-pen and some Benadryl with us when we go anywhere.  He’s clearly still allergic and so at least we know that for sure now.

As we get back on the road, Gavin begins having issues with his bladder. O_o

We were in a hurry at this point and I had to talk him through waiting to use the bathroom until we got to the dentists office. 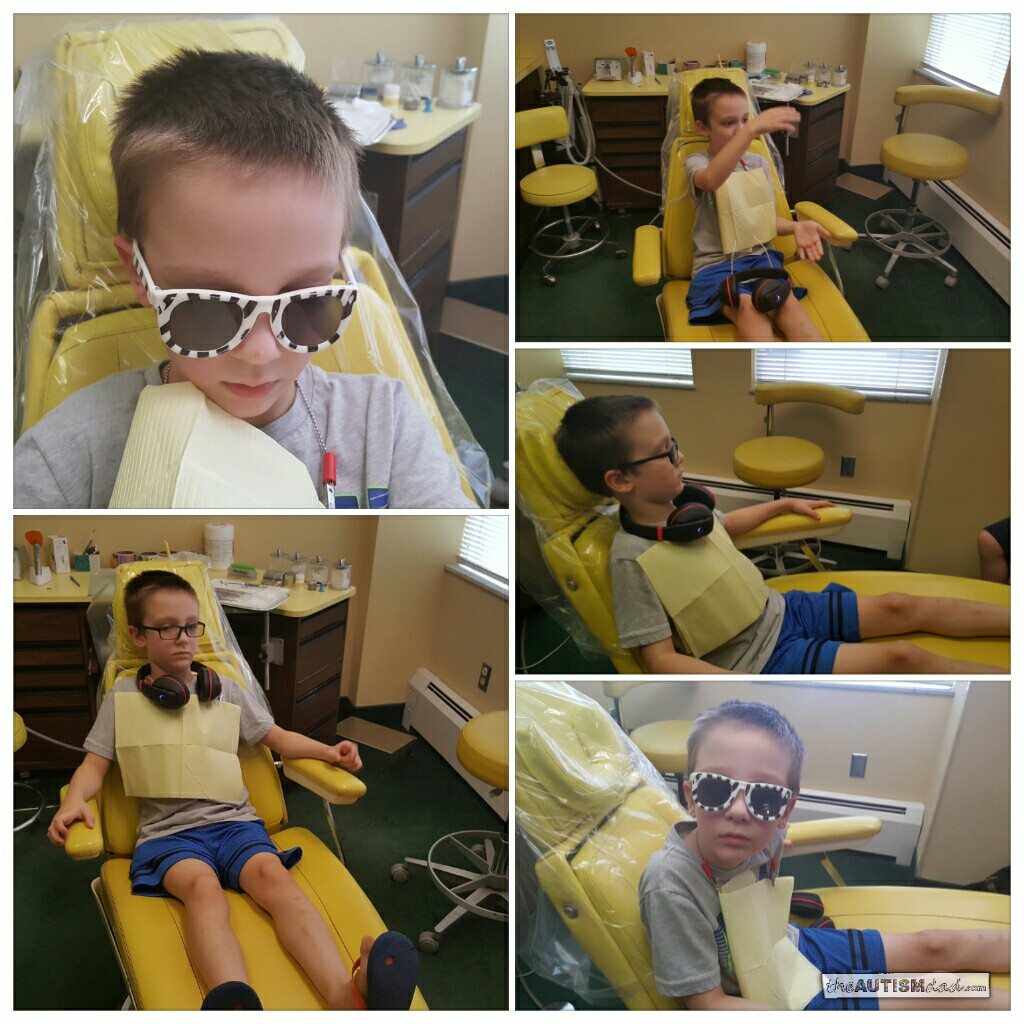 When we do arrive at the dentist, Gavin uses the bathroom and is now falling asleep because of his meds, as is Elliott because of the Benadryl. Elliott insisted on going back with us and I wasn’t comfortable with that because I knew that all this appointment would do was freak him out about his own upcoming appointment.

When Emmett was called, I ended up bringing Elliott back with me because Gavin was using the bathroom again.

To my surprise, Elliott ended up totally impressing me with how he supported Emmett during his procedure.  Speaking of procedure, that did not go as planned.

We went into this appointment thinking that they would just finish the root canal and cap, because the injection was gone.  Unfortunately, this isn’t what happened and Emmett was not happy about this.  He got so upset that everyone in the office and surrounding offices, could hear just how unhappy he was.

He didn’t tolerate the shots to numb him up this time around and fought it tooth and nail..  No pun intended. 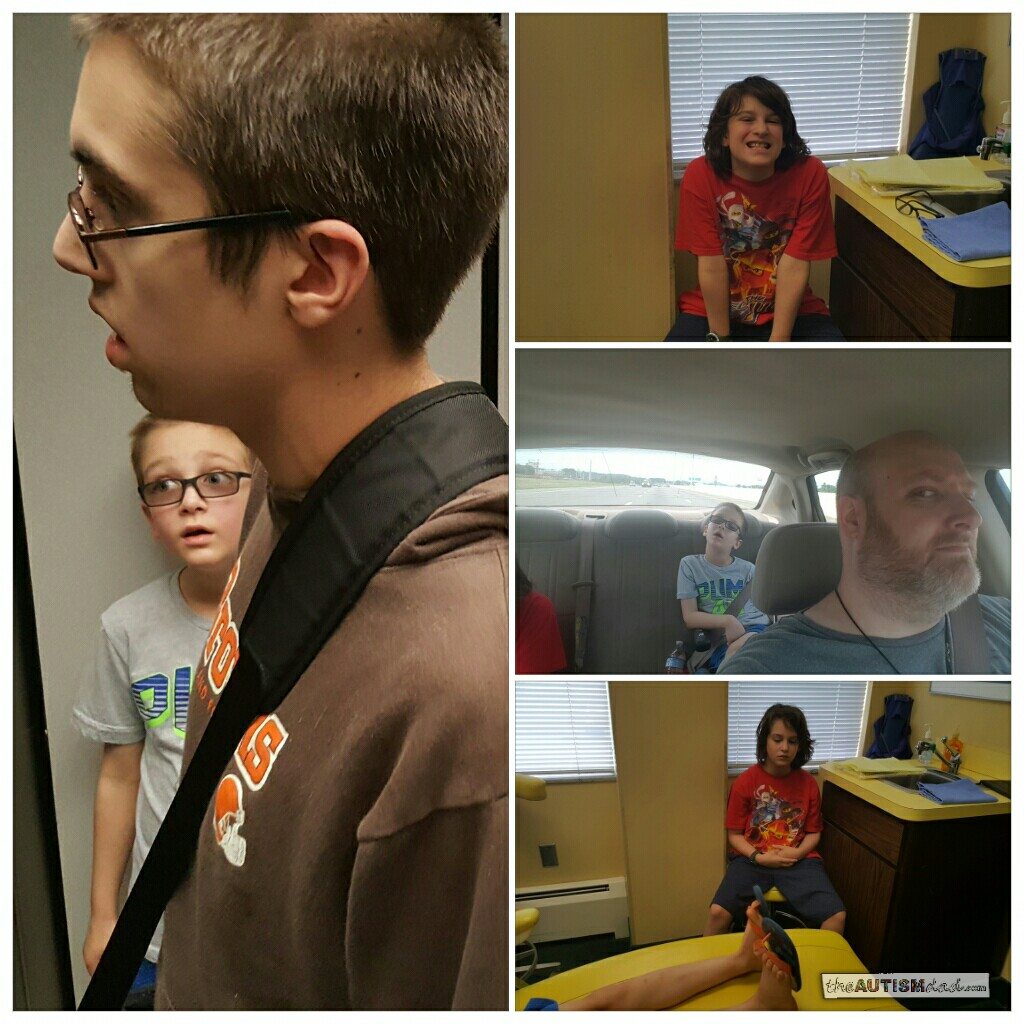 Once everything numbed up, it was decided that because the tooth is still loose, the best course of action was to yank it out.  This is where things really went down hill. OMG the screaming…

Don’t get me wrong, he did really well, all things considered but normally he’s like a rock and none of this bothers him.  Not today though and they really had to work that tooth to get it out.

The tooth was gone before too long, the bleeding stopped and Emmett soon settled down.

Gavin is sleeping now and Emmett is coloring because this took a great deal out of him and that’s about all the energy he has at this point. Elliott is wide awake because all the screaming Emmett did sorta got him worked up enough that Benadryl didn’t end up putting him to sleep.

I’m absolutely exhausted and I still have so much that needs to be done today.

As shitty as today has been, I’m really proud of everyone because everyone did so well. There’s a lot to be grateful for as well because Elliott’s okay after accidentally ingesting almonds and Emmett survived having his tooth pulled.

I’m gonna just sorta chill out for a bit before getting back to everything that needs done, including dinner…..

You have a child allergic to nuts and you don’t make it a priority to carry an epipen or at the very least Benadryl? What the heck?

You have a child allergic to nuts and you don’t make it a priority to carry an epipen or at the very least Benadryl? What the heck?