Some really good news on the medication front

Let’s be honest about today


We’ve had two meltdown moments today.  The first one was from this morning and it was massive. The second one was a after school, while at the store and it was not quite as bad.

This morning’s meltdown was over shoes and socks.  Part of the issue was that Emmett was up since about 3am and was exhausted. This tends to exacerbate the symptoms butake no mistake, this is something we have to contend with, every single day.

Unfortunately, this morning, he just couldn’t tolerate shoes or socks and it took forever to help him work through it.  I promised him that if he at least tried, we would get donuts on the way to school tomorrow. 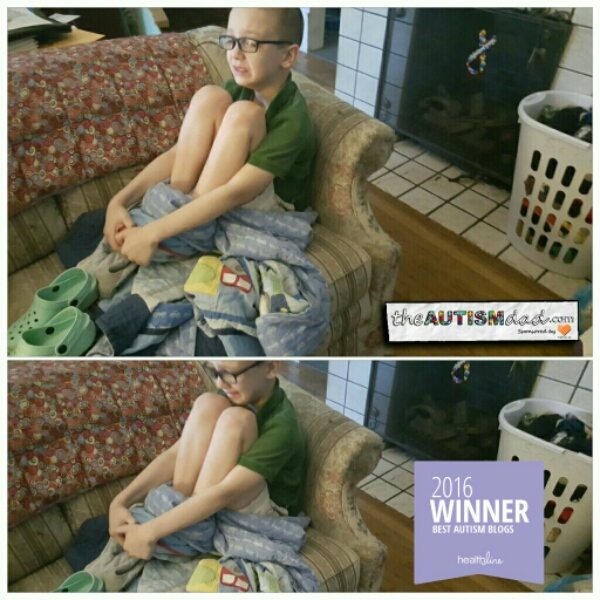 Why would I show this picture? I want to make sure everyone understands that the distress kids like Emmett endure as a result of sensory issues, is very, very real. Just look at his face.

That didn’t really help a whole lot but it was something for him to focus on and so I guess it was a pretty big help. We ended up being 29 minutes late for school as a result of this monster meltdown.
Lizze has class tonight and had already left before the kids got home from school, so I had to take them with me to the grocery store.

We weren’t going for much but Emmett just started freaking out while we were there.  He’s was exhausted but at the seams time, he was really trying to control himself. It just proved to be a little too much for him.

It was one of those public meltdowns where everyone around you stares. On a human level, it’s embarrassing but whatcha gonna do? It happens and it’s not his fault.  I really don’t care what anyone thinks, especially if they keep their thoughts to themselves.

We made it home in one piece and he’s slowly doing better but it’s going to be an early night because neither of the boys had much sleep last night.

Take a good look at Emmett’s face in the picture above.  You can see the amount of distress he’s in and it’s simply because of his socks.  Don’t ever doubt the seriousness or incapacitating nature of sensory processing disorder.