My brain is fried and my heart is broken


I didn’t sleep long or well last night.  I’m too stressed out and worried aboit a great many things but right now, Gavin’s at the very top of the list.

I actually slept for about 3 hours last night and was awoken by a little Emmett John  who wasn’t feeling well. The before school tummy aches have returned.

It was one of those mornings where Emmett had a tummy ache and didn’t want to go to school. In fairness, he’s got a lot of sinus drainage and I think that’s what’s upsetting his tummy. 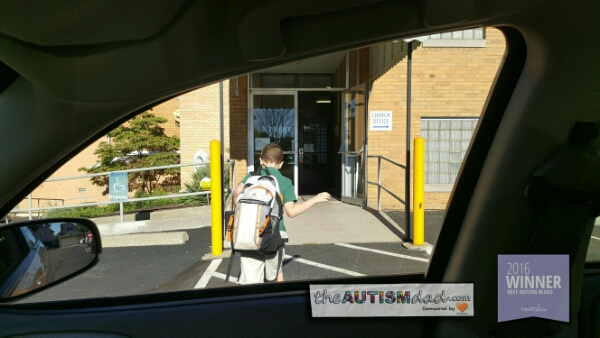 We tried everything to convince him to go, short of dragging him out kicking and screaming.
We felt it best that not push him at this point but instead take the approach I took last year.

Rather than make a huge deal out of things, I took Elliott to school and afterwards, walked the track with Gavin. When I got home, Emmett was feeling better and ready to go to school.

He’d spent the time I was gone, snuggly with his Mommy on the couch and Lizze helped him work through whatever was going on.  He’d also had benadryl, so it was starting to dry him out as well.

Emmett and I basically turned around and headed off to school.  He was only about an hour or so last but the point is that he got there.

Giving him a little bit of time to resolve whatever was going on was the right approach and Lizze did a great job of helping him work through it.