I love the sound of meltdowns in the morning :(


I confessed last night about how I’m not in the best of places. Today doesn’t seem to be any different. Life in general is okay but I’m really struggling with Gavin.

When it comes to conversation skills, Gavin has three topics that he talks about:

It’s not like it’s on occasion, that I hear about this stuff.  It’s as though he compulsively tells me about every thought that enters his mind. Those thoughts typically center around the above three topics. 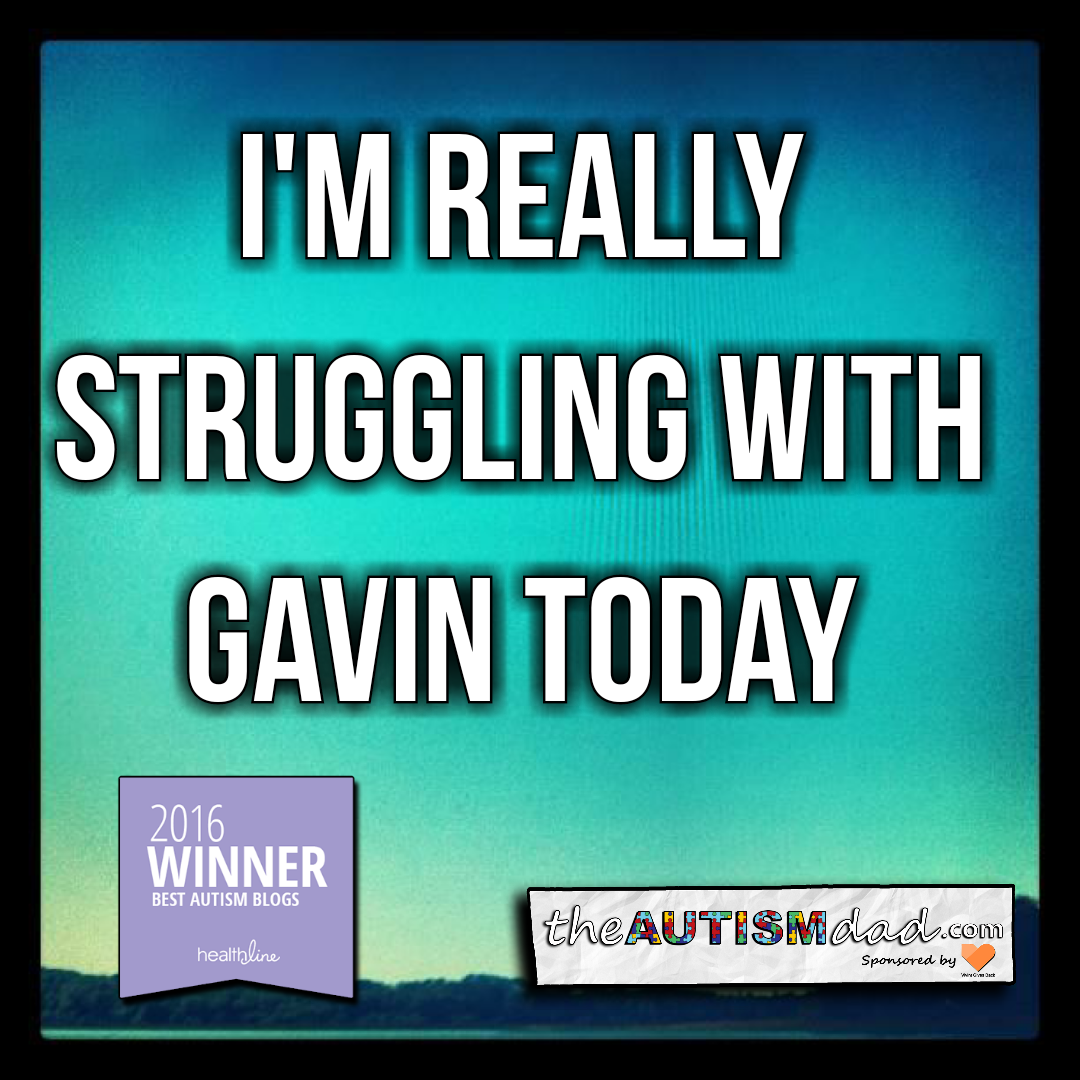 It’s so exhausting to listen to him ramble on with absolutely no regard for the person he’s talking at. I say talking at because that’s what it’s like.

He will literally follow me around the house, talking away about things I haven’t the first clue about.  I’ve told him that I can’t talk right now but I’d be happy to listen in a little and rather than stop the auditory assault, he just keeps talking at me.

I know it’s not his fault and I’m really trying to be even more patient than humanly possible but that comes at a price.

My sanity is the one footing the bill at this point and I just need him to stop for a little while.