How my kids did at school today may not surprise you


In the spirit of trying to remain focused on the positive, I have some really good news to share this afternoon.

While at Akron Children’s Hospital this afternoon for Gavin’s Speech Therapy, I inquired about Emmett’s return to Occupational Therapy. The news I received was a really positive boost to my afternoon.

Emmett’s therapist has returned from maternity leave and today was her first day back.

We sat down and discussed what would be best for Emmett. Basically, we’re going to stick to the same schedule and time slot. Rather than every other Tuesday though, we’re moving to the first and third Tuesday of each month. Akron Children’s Hospital as a whole is moving to this to avoid months with a fifth week from throwing everything off.

Emmett may be looking at a new session of social group, should they start it up again but there’s no time frame for that yet.

What I’m really excited about is that Emmett’s therapist wants to pair him with a peer, during Occupational Therapy. He won’t have a partner right away but when she finds a good fit for him, that will begin.

This is awesome because it will give him a social aspect to Occupational Therapy that he’s never received before.

Anyway, this is really awesome news and was like a much needed booster shot to my ability to remain positive..  ☺ 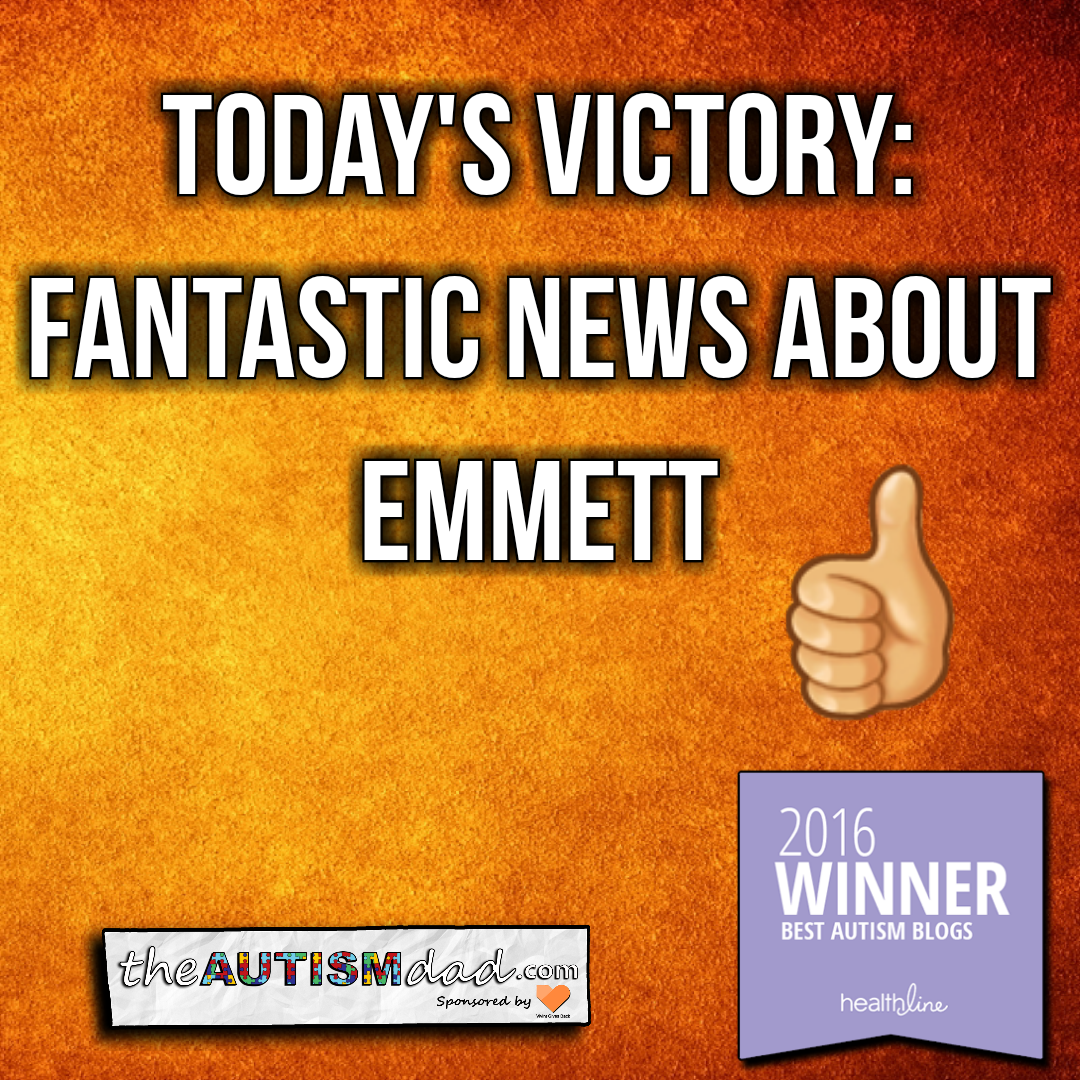