I have good news, sorta okay-ish news and straight up bad news -

Working with what I have

I have good news, sorta okay-ish news and straight up bad news


Let me begin by saying it’s been a really long week. I’m TGIF-ing the shit out of today because I’m so grateful for making it this far. 😂

It’s been a mixed bag for the boys this week.

We’ve seen a significant increase in sensory and anxiety issues with the boys. Neither of these things are easy to manage as parents. All we can do is our best and that’s what we did. It’s not always pretty, perfect and sometimes our best intentions walk us straight into Hell. 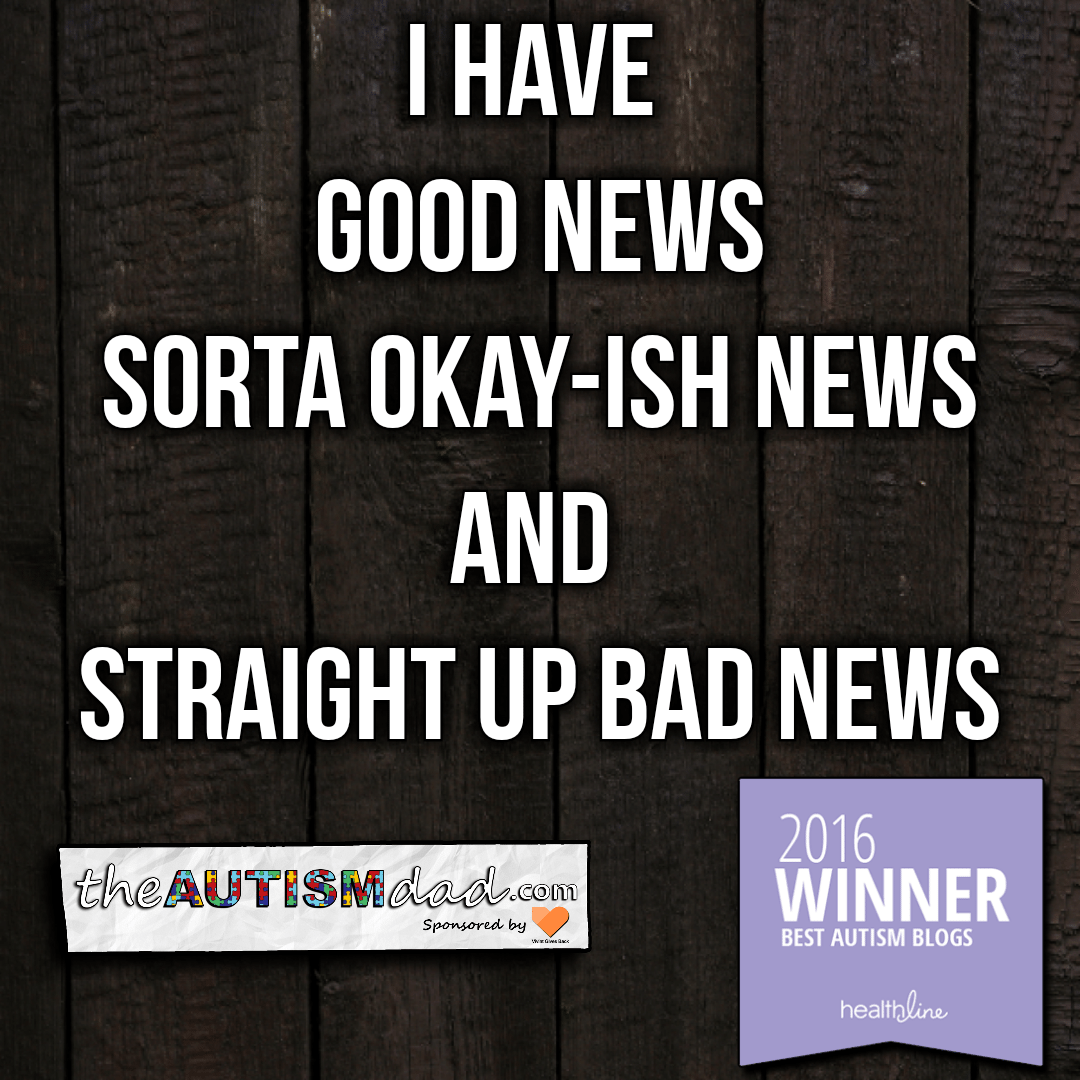 Having said that, we’ve survived. Even better, we’ve survived together and that’s what really matters.
Today in particular, is full of news that I think is relevant enough to share with all of you.

I mentioned in the title that I have good news, sorta okay-ish news and straight up bad news.

All of this news revolves round Gavin and that probably won’t come as a surprise to those familiar with Gavin’s unique story.

I’ll start with the good news first because it’s pretty quick and easy to talk about.

Gavin had his IVIG infusion tonight because we were gone all morning. We ended up doing his infusion after dinner, while watching Ant-Man. This particular infusion seemed to go really slow but he did well throughout and didn’t have any side effects from the donor antibodies. That’s good news because it doesn’t always go so well.

I mentioned earlier today that Gavin had his weekly bloodwork this morning. I called to find out his platelet count because for some reason, his platelets have been at dangerously low levels and we’re closely monitoring his labs.

Everything gets sent to his doctors but I want to know the results before the weekend because I don’t want to worry about if things are okay.

When I called for the results this afternoon, the labs weren’t ready yet and they had to call me back. I ended up getting a call back about an hour or so later and they tell me that Gavin’s platelets are at 140.

The reason this is sorta okay-news and not good news is because the levels are supposed to be between 150 and 450. It’s also because this is a drop from last week.

The reason this is sorta okay-ish news and not bad news is because while the levels are lower than they were last week, they are still up from 120, where they were a few weeks ago. I’m looking for the positive here.

The Straight Up Bad News

All that’s left is the bad news at this point and I truly wish this wasn’t true but unfortunately, it is.

The bladder issues that Gavin’s having as a result of what most likely amounts to a very rare side effect to the anti-psychotic known as Clozapine.

He’s really beginning to struggle with these issues and it’s impacting his life once again. While tonight’s infusion itself went well, he was plagued by bladder problems the entire time. He feels like he has to constantly pee and it’s very frustrating to him because the end result is always that he doesn’t really have to go.

Fortunately, we return to the Cleveland Clinic in four days and will hopefully find something that will help.

That’s about all I have for tonight. I’m really tired and I’m going to take advantage of the fact that I can actually sleep right now. Please keep Gavin in your thoughts and prayers.   ☺