Why I'm so proud of Gavin this morning -

Having some upgrades to our @VivintHome system today

Why I’m so proud of Gavin this morning


Gavin’s bloodwork went we this morning, not that it ever doesn’t anymore. We went to the lab after dropping the boys off at school today because Gavin was due for his Clozapine refill and that can’t happen without current bloodwork.

As usual, I dropped him off at the front door and he signed himself in. I waited in the car while he did what he had to do.

I don’t worry too much about him being in there alone because everyone knows Gavin and looks after him while he’s there. Besides, he would have to come through one of two doors to leave and I could see both.

When he came out, he explained that everything went great and then we discussed the suckered he picked out for himself, the boys and Lizze. He never gets me one and I’m not sure why.. 😁

Anyway, he did awesome and as always, I’m super proud..  ☺ 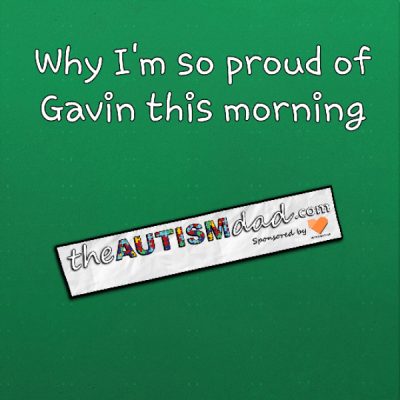