Homework on the table and pajamas at school -

He’s afraid to go back to school

Gavin seems to be struggling more today, and it’s heartbreaking

Homework on the table and pajamas at school


Everyone made it to school today, but we ended up having two small problems after the fact.

Shortly after Lizze arrived home from dropping them off, we realized that Emmett’s homework was on the table. In all the rush, it never made it into his folder. I know that his homework is his responsibility but Emmett’s never forgotten his homework before and I know how he would end up reacting when he realized it was still at home. For that matter, I know what we went through last night trying to help him finish it, and I won’t let that be in vain.

I was able to email the homework to the school, and it wouldn’t be a problem to get it to Emmett.

While I was on the phone, I was informed that Elliott was wearing pajamas to school. We were aware of this but only because Elliott thought it was a pajama day. They were having a movie day and often that also means a pajama day as well. Turns out it was just dress down day. The school said it was no problem.

If Elliott needs us to drop off a change of clothes we’ll be happy to do it. 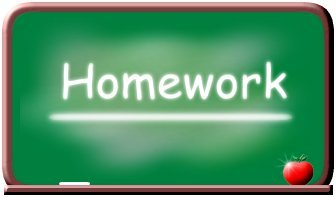