Gavin seems to be struggling more today, and it's heartbreaking -

Homework on the table and pajamas at school

You Might Be an #Autism Parent if: Can you relate to this feeling?

Gavin seems to be struggling more today, and it’s heartbreaking


Gavin’s had a rougher day thus far. He seems to be on edge, but there’s no apparent reason why and if you ask him, he says he’s fine. He had his IVIG Infusion this morning, and per the current norm, he did it all by himself. Unfortunately, he ran into a few snags and rather than merely address them; he freaked out instead.

One issue was that the one injection site was leaking a little bit. This happens, and all we have to do is create a better seal at the infusion site. Gavin knows this, but instead, he chose to remove the needle all together which meant it would have to be placed back into his belly. That means more pain, and I don’t know why he did that. 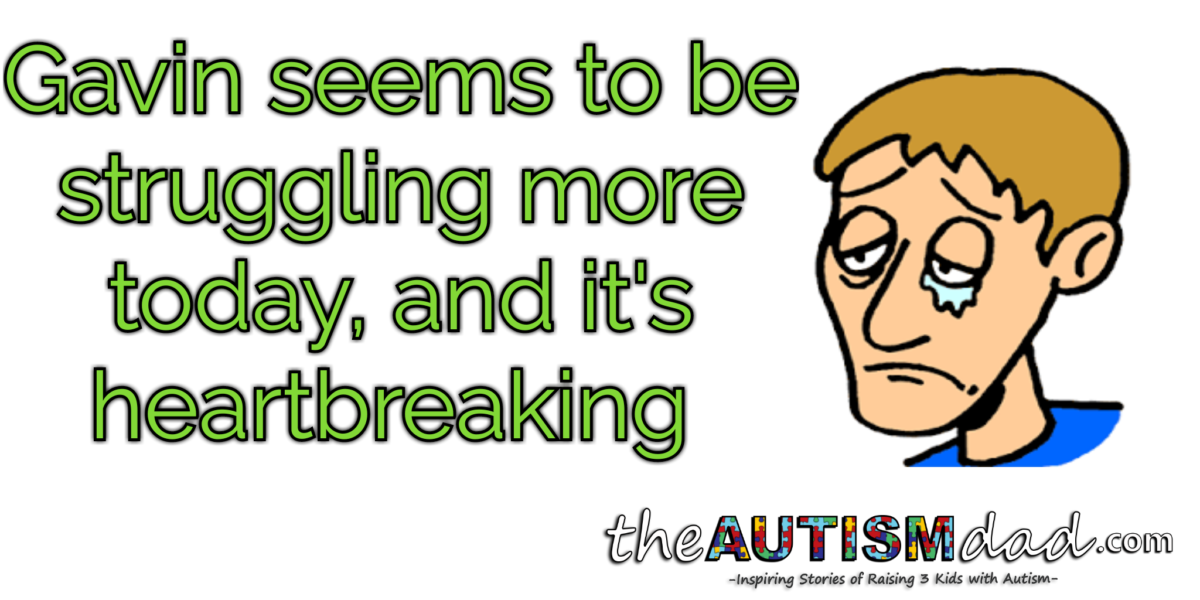 Once we worked through this, he did okay, and the infusion was successful.

I’m noticing that Gavin is struggling with fundamental problem-solving skills. I don’t think he’s ever been blessed with an abundance of these skills, but he has historically been able to function with at least some efficiency in this area. I don’t know what’s going on with him, but I’m concerned.

It’s hard to see him go through things like this because as his father, I hate seeing him struggle with anything. The other fear I carry is that he will be unable to regain or relearn some of these things.

The reality is that you can’t learn common sense and some of these things fall into the common sense arena. Gavin has always struggled with a lack of common sense, but this seems different, but I can’t explain why… It’s just a feeling…