#Autism can be so goddamn frustrating at times -

Coping Mechanisms: The Good, The Bad, And The Ugly

#Autism can be so goddamn frustrating at times


I’ve spent the weekend working with Emmett on his make up work from school. While we were working through this pile of papers, I noticed a couple of things. I should begin by saying that we never made it through all the makeup work because of frustration and massive meltdowns.

When Emmett works on things like math or sciences, he does quite well. When we works on anything that requires him to use something other than logic, he struggles.

I learned something during this nightmarish battle over homework.

Emmett excels in things that deal with facts and absolutes. Math, science and even spelling are all very ridged in the sense that there is a clear right and wrong. There’s one right way to spell his spelling words and only one right answer for his math problems. When working on his report on the planet Mercury, it’s all based on known scientific facts.

We did struggle with some of the Mercury report because of his rigid and literal interpretation of the directions. For example, he had to list five interesting facts about Mercury. That should be easy right? It should be but unfortunately, the word interesting derailed the entire assignment.

Emmett had tons of facts but he wouldn’t list them because he didn’t know if they were interesting.

If the instructions had told him to simply list five facts about Mercury, it wouldn’t have been a problem. It was that goddamn word interesting that created so much havoc for his nine-year-old, Autistic brain. 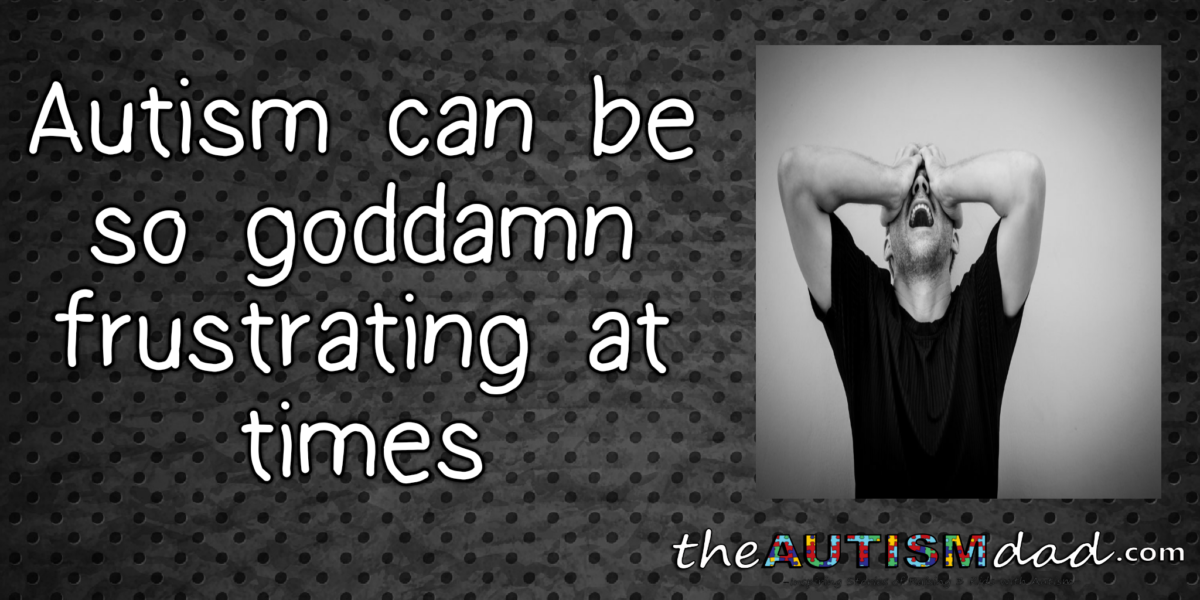 That one word led to a massive meltdown, a spike in my blood pressure, significant tension in the house and more anxiety than you could shake a stick at.

Emmett is so ridged in his views of the world around him, he simply isn’t able to get past situations like this.

The second massive meltdown occurred as a result of a writing assignment.

Recently, the boy’s school has discontinued art class. My understanding is that it’s a funding thing and it’s on my list of things to discuss with the principal. Emmett class has apparently replaced art class with creative writing.

I need to learn more about what actually happened but kids need art class, at least in my opinion.

Anyway, Emmett’s not vibing with creative writing. If you ask him to write a report on ferrets, he could do it without a problem because it would be based on facts about ferrets or maybe even his personal experiences with our ferrets.

His creative writing assignment was based on a prompt. The prompt was something along the lines of the zebra found itself hanging upside down from a branch. He was supposed to explain why the zebra was hanging from the branch, how it got there and if something had frightened it.

When I tried helping him to navigate this assignment, it didn’t go well at all and the reason for that was simple. Emmett doesn’t like to make things up because in his mind if it’s not a fact, it’s not true. He couldn’t even get past the fact that a zebra was hanging upside down from a branch because that’s not even possible.

We worked on and off for most of the day. I gave him breaks when he needed and we would regroup and try again later.

The last words Emmett said to me before going to bed tonight, after telling me he loved me were I don’t know how I’m going to survive the rest of the school year because of these creative writing assignments.

The answer to this conundrum is yet to be identified. I’m going to speak with his teachers and see what we can figure out.

How many of you can relate to things like this? I’d love to hear your experiences… ☺

@andrewmorrisuk Mum of 2 ASD girls…I can completely sympathise with you. Facts and subjects that… https://t.co/nB9WeWIenS