Here’s what happened at the @ClevelandClinic yesterday


This is a contributed post and therefore doesn’t necessarily reflect the views and opinions of this blog or its author. 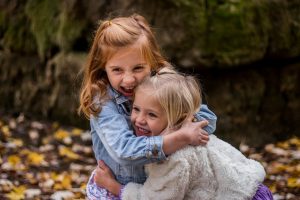 In the past, children with ADHD were simply classified as “naughty”, “reckless”, or “difficult”. However, thanks to improvements in our understanding of the mental disorder, we are now able to correctly diagnose certain behaviors that are indicative of an ADHD diagnosis rather than merely reprimanding the child. So, here’s a little information that can help to familiarise you with the disorder and more accepting of people living with the condition.

ADHD (short for attention deficit hyperactivity disorder) is a condition that primarily affects children and teens but can continue into adulthood. In fact, it is one of the most commonly and frequently diagnosed mental disorders within children. So, what does it actually entail? Well, individuals suffering from ADHD tend to be hyperactive and exert little control over their impulses. They may also have difficulty in paying attention to any given stimulus at any given time. These symptoms, of course, can have a huge impact on their home life, their schooling, and their relationship with others.

So, what are the actual symptoms of this disorder in childhood? Well, look out for squirming, fidgeting, or bouncing while sitting, a lack of attention, and daydreaming, as well as the child, being easily distracted or appearing as though they aren’t listening.

While most people diagnosed with ADHD are children, it’s important to remember that the condition can affect adults too. Adulthood symptoms of the disorder include low self-esteem, procrastination, frustration, disorganization, impulsiveness, anxiety, chronic lateness, chronic forgetfulness, and trouble controlling anger.

Research has shown that eighty percent of individuals who are diagnosed with ADHD are also diagnosed with at least one other psychiatric disorder during their lifetime. The reason for the link between ADHD and these comorbid conditions may not be completely clear, but it’s beneficial to familiarise yourself with them in order to be able to identify their symptoms should they arise.

Rejection sensitive dysphoria is a mental health condition in which an individual has an extreme emotional sensitivity that can easily be triggered when their ideas, concepts, or behavior (for example) are perceived as dismissed by another individual. Now, “perceived” is the key word here. If you are communicating with someone who has rejection-sensitive dysphoria, you don’t necessarily have to actually reject anything in order for them to feel hurt – they merely need to perceive rejection. So, if you notice that your relationship with a loved one who has ADHD is needlessly tense or wrought with seemingly illogical arguments, they may be suffering from this condition too.

ODD stands for oppositional defiant disorder, another disorder that is commonly experienced alongside ADHD. In fact, around forty percent of individuals with ADHD experience this at some point or another. It is defined by chronic aggression, outbursts, and a tendency to purposefully irritate others. It is thought that ODD may be an outlet that allows individuals suffering from ADHD to express some of the frustration and irritation that they feel as a result of the primary condition.

Hopefully, this brief run through of ADHD has helped you to get to grips with the basics of the condition!