A Dad’s Guide To Teaching Your Kids About Failure

We hit a really big milestone

A Dad’s Guide To Teaching Your Kids About Failure


Children look to their parents for lessons on all that’s good and bad in life. When your kids are growing up, you will teach them all these valuable lessons to help fulfill their lives. Now and then, you come across what I like to call ‘teaching moments’. These are instances where something happens, but there’s a valuable lesson to be learned from it. 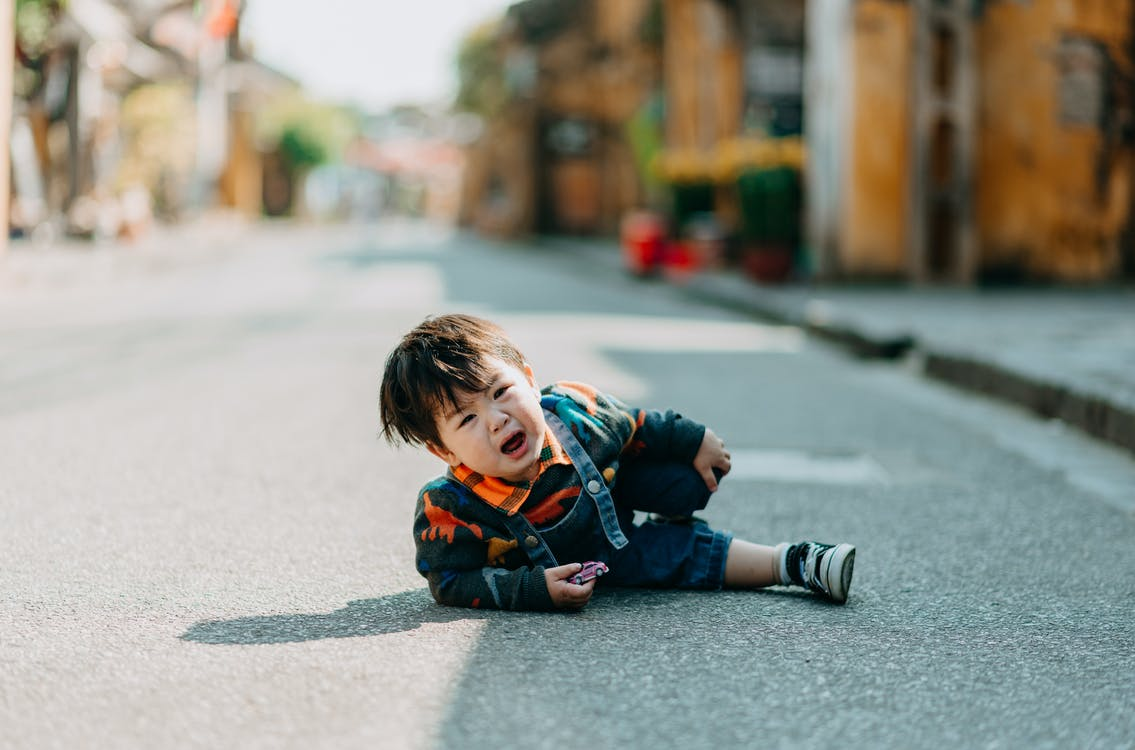 As parents, you can already imagine a number of cases where this happens. However, one of the most common times you come across a teaching moment is when your child attempts something and fails. This might be their first attempt at riding a bike or their first attempt at trying to write their own name. It could even be something much more trivial – like them playing a video game and getting upset because they keep losing. Whatever the situation, there will be a time where your child fails, and this opens the door to a teaching moment.

You have to teach your kids about failure, it’s as simple as that. We will all fail at some point in our lives at something. For a young child, failure seems like the end of the world. If they can’t do something, they’ll get extremely upset about it. This is where you have to step in and provide the words of wisdom that will help them as they go through life.

That brings us to the topic of discussion today, how do you teach your kids about failure? It’s a tricky topic to talk about, but here are some tips that I find are extremely effective:

Teach them that everyone will fail

It’s the basic starting point for a lesson like this. When kids fail, they feel bad because they feel worse than others. This is especially the case if they can’t do things that other people in their class can do. It makes them think they’re inadequate or not as ‘cool’ as the other kids. So, you have to make sure they understand that everyone will fail. You have failed, I have failed, and all the kids in their class have failed as well.

Remind them that most people don’t boast about their failures. No child in their class is going to walk in boasting about how many times they failed to ride their bike and fell over. We only ever talk about our successes. This is why so many people see failure as a negative thing; we never hear about other people’s failures. Tell your kids that other kids have been in the same position as them, call upon your own experiences when you were growing up. Talk about how many times you fell over on your bike, talk about how long it took you to learn how to do something, and so on. Hearing about this, and understanding that they’re not alone in failing, will help your kids deal with things when they get knocked down.

Let them know that without failure there is no success

This is perhaps too deep a sentiment for a very young child to understand. Instead, it is best left for older kids or teenagers that are dealing with failure. There’s a very good article on Everyday Power that talks about failure and lists a quote from Thomas Edison. He once said “I have not failed. I’ve just found 10,000 ways that won’t work.” Quotes like this are brilliant as they bring a whole new perspective to the idea of failing. You haven’t failed, you’ve just tried something and figured out that it hasn’t worked.

This brings us back to the idea that there is no success without failure. How will you know that you’ve succeeded at something unless you’ve failed at it previously? Look at Thomas Edison, how on earth would he have known that he’s successfully invented the light bulb unless he tried before and failed? You need to fail in order to know where you’re going wrong. From here, you can try again until you reach a better outcome. The bottom line is that failure is not a bad thing, it’s just something we all have to go through until we find our success.

Encourage them to learn from their failures

Whenever your child is glum or down about failing at something, encourage them to reflect on it. Teach them to look back at their failures and try to identify where they went wrong. This is especially useful if your kids ever fail at a test in school. They can look back at the test and see what questions they got wrong. From here, they know to try harder at those particular questions when studying for the test. As a result, if they retake the test or do another one, they can improve on the last one.

That’s the key message to get across to your kids: always look to improve on what you did before. We’ll go back to the bike scenario as it is a very common one for kids to go through. If they fall off their bike ten times, then that’s fine. Tell them why you think they’re falling off, give them some more advice and tips, and send them back out to try again. If they fall off nine times, that’s an improvement on what went before. They are learning from what happened and slowly improving each and every time. It might take them a week, two weeks, a month, or six months, but they will eventually improve to the point where they can ride their bike without falling over once!

Don’t put loads of pressure on them

Sometimes, kids are afraid of failure because you’ve put them under a lot of pressure. You set very high expectations, and they get scared of letting you down. Try to avoid setting any expectations or putting pressure on your children. Encourage them to try their best and be supportive regardless of what happens to them. If they don’t do too badly in a test, don’t make them feel bad. Don’t let your kids feel like they’ve let you down if they fail at something. This will only reinforce the idea that failing is a bad thing. As such, you set them up for a life where they are so afraid of failing that they don’t take any risks or do things they might want to do but are too worried to attempt because of failure.

Support your children no matter what. Lift the pressure from their shoulders and raise them in the mindset that maximum effort is all they need to aim for. If they try their best, then that’s absolutely fine. Sometimes, it won’t be good enough for them to achieve something. But that’s just their first attempt! Remind them of previous lessons that everyone fails and you need to fail before you succeed, and it’ll help them get ready for whatever their next attempt will be.

For a child, failing to ride your bike can feel like the end of the world. Or, failing to do what all your friends can already do will make you feel like an outcast. As your kids get older, these feelings won’t change. Failing to get top marks on a test can make your child feel like their world is crumbling around them. When they’re a teenager, they might think that failing to get into college means their dreams are over. It’s not until you get older and become a mature adult that you look back on life and laugh at how silly these feelings are.

Failing isn’t the end of the world. There will always be other opportunities that come your way, and this is something you should teach your kids from a young age. Don’t be afraid to try and fail, then try again. It’s like the old saying: if at first, you don’t succeed, try, try, and try again. It’s your job, as a parent, to be their emotional support during tough times. No matter how old they are, you can be there to help them think of the next steps to take. They didn’t make the school basketball team, so what? Help them find something else to try, or play with them after school to help them improve. Just be sure your kids understand that their world doesn’t end when they fail. It is simply a bump in a very long road.

Do you know the best thing about teaching valuable lessons to your kids? You start to learn new things yourself. All of the points above will help your kids learn about failure and how to perceive it. But, they’re also relevant to you! As a parent, you may have situations where you feel as though you have failed your kids or your family. You could be a new dad that struggles to change his baby, and it makes you feel like a terrible failure. Just remember: there’s no such thing as ‘failure’, every time you fail you have a new lesson to learn from that can help you improve in the future.

This is a contributed post and therefore may not reflect the views and opinions of this blog or its author. ☺