A Long Emotional Day: From classes and therapy to reuniting with family after two years -

Guardian Locate: We need 10 – 12 Families in need of a GPS tracking device for their child with #Autism who wanders

A Long Emotional Day: From classes and therapy to reuniting with family after two years

It’s been a long day and one that had us spread out over Northeast Ohio.

Lizze had a long day of class while the boys and I manned the fort and I tried to get shit done.  Emmett had a tummy ache on and off today, so he just sorta chilled on the couch and watched his shows.

When the boys did play together, they actually got along pretty well. That’s something I truly appreciate..

Our appointment with Dr. Pattie was pushed back an hour and so Lizze ended up getting home in time to join us at family therapy.

While on the topic of family therapy, that went pretty well also.  We spoke with Gavin for a little while because he had expressed frustrations to Lizze over his chores and so we wanted to give him a chance to talk about it.

He can be very easily frustrated when it comes to expressing himself and tonight was no exception. Gavin’s not particularly strong in the expressive language arena but he did well and we were able to address his concerns and remind him that he can always talk to us about things that bother him.

The truly awesome part is that he went to Lizze about this frustration. This is just one example of how significantly the dynamic between the two of them has improved.  ☺

After we left therapy, we stopped at my parents house and Lizze was officially reunited with my parents for the first time since the separation ended. My parents welcomed her with open arms and that meant a great deal to both of us.

My parents are just awesome like that but it’s going to take a little bit of time for some of my siblings to adjust to this recent change.  Everyone is very supportive but they just need some time to wrap their brains around this.

It’s been nearly two years since any of them have seen Lizze and so there’s going to be some awkwardness for a bit but we’re all family. Family figures this shit out.

Like I’ve said many times, it doesn’t matter how positive this whole thing is, it’s a work in progress. 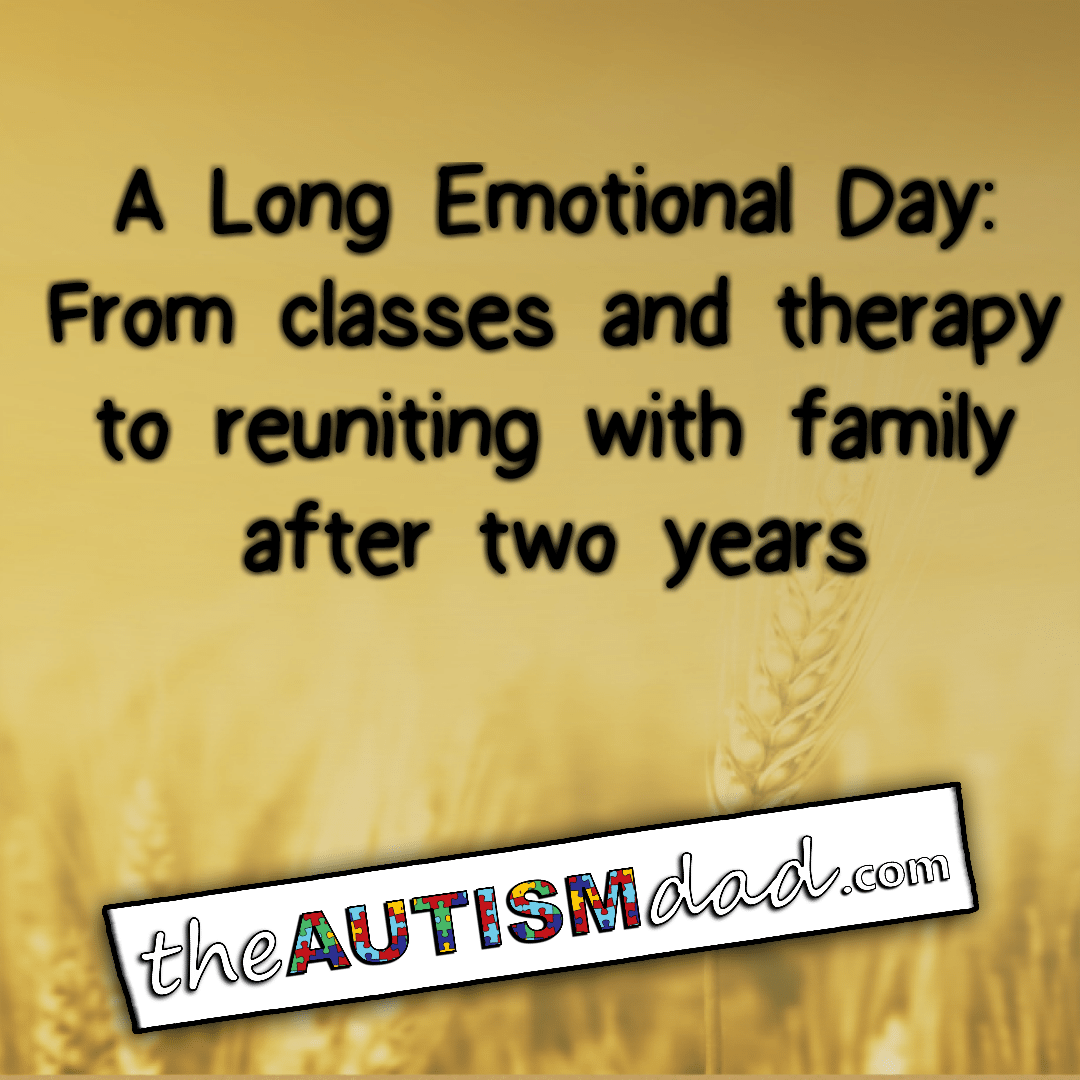