#Meltdowns are extraordinarily exhausting for parents as well -

An important update about Emmett’s emergency trip to the dentist

How you should and shouldn’t treat a Special Needs Family

#Meltdowns are extraordinarily exhausting for parents as well


The boys were up really early today and by really early, I’m talking about 4am. I haven’t a clue why they were awake at a time that no living thing should be awake, especially with that high an energy level.

There wasn’t any fighting until later on in the morning and that’s a pretty amazing thing, considering what time they were up at.

I was up and moving around 7am-ish and as the morning progressed, it became quite evident that Emmett was in a very foul mood. At last count, I’ve weathered two meltdowns and one of them was massive.

I’m completely exhausted at this point.  Even though I’m not the one physically melting down, it’s absolutely exhausting for me as a parent, to work through one, alongside whichever kid is having it.

It’s so difficult to explain just how much of an impact meltdowns can have on the human body, as well as the human family.

Meltdowns are like blackholes and can drain you completely dry of anything that even resembles energy. At this point, all I want to do is close my eyes and go back to bed for a couple of years.

Unfortunately, that’s not going to be possible for a number of reasons. The biggest of which is also the reason I have to cut this post short and that’s because apparently itsit’s now Elliott’s turn to meltdown. 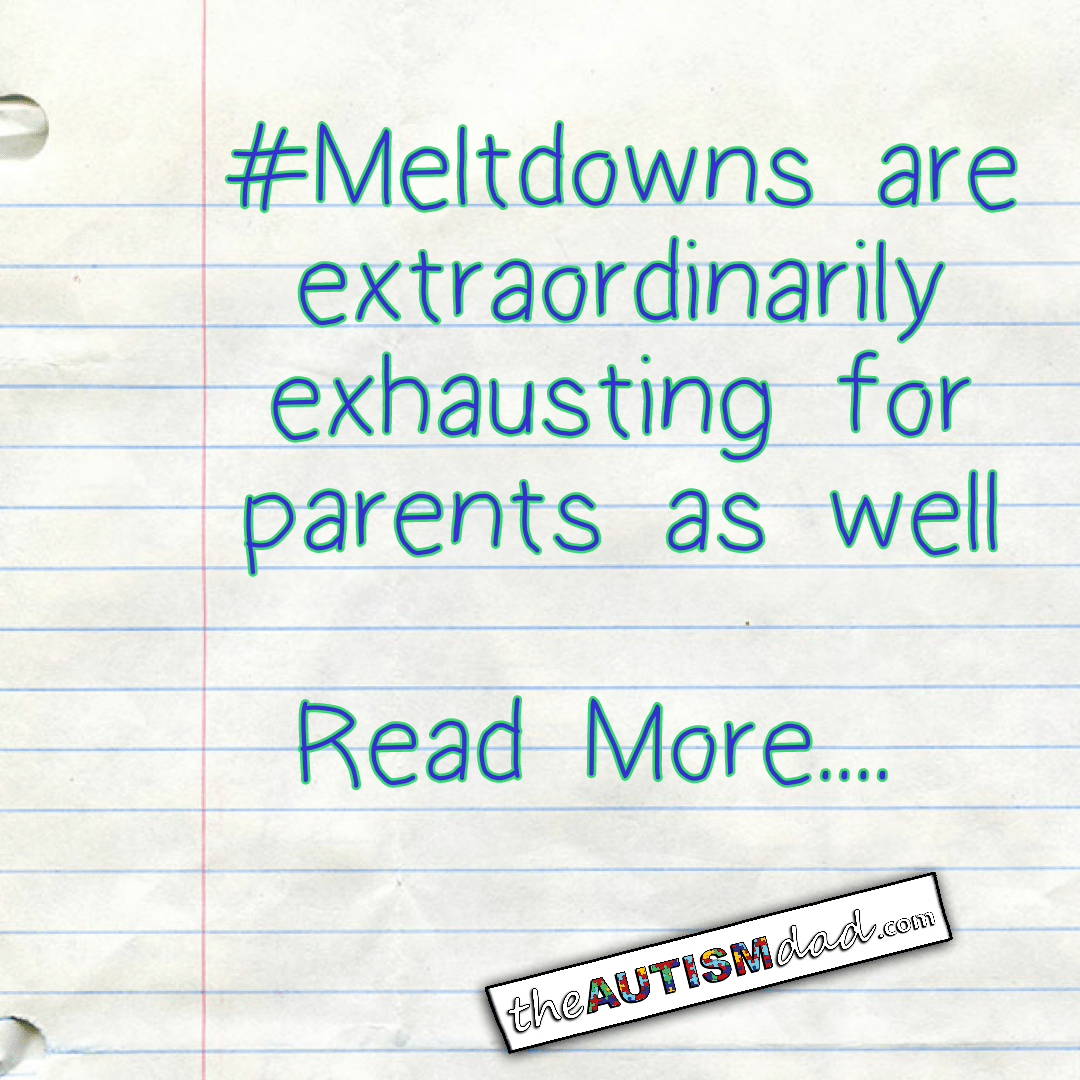