It's frustrating and heartbreaking to see Gavin go through this -

Gavin did something today he didn’t think he could do

This is what real life is like for one #Autism family

It’s frustrating and heartbreaking to see Gavin go through this


Gavin’s been doing amazingly well in a great many areas of his life and is struggling in some other ones.  Behaviorally speaking, he’s doing really well and the relationship he now has with his Mom is awesome, for both of them.

The story of Gavin has become one that is overwhelmingly positive but like I said, there are still some struggles.

Gavin has been in what I refer to as think to breathe mode. Please don’t take that as an insult towards him because it’s not meant to be.  I’m simply trying to describe what he’s experiencing.

This think to breathe mode is a really frustrating thing because in one minute, Gavin can do something that’s truly amazing and in the next minute not be able to figure out to close pizza box.

The swing between both extremes can be significant at times and it’s seemingly random, meaning there isn’t really any way to predict it.

This is one of those things that’s both frustrating and heartbreaking, all at the same time.

Historically, Gavin occasionally goes through these think to breathe periods of times. More often than not, he regains the skills that seem to sorta disappear but not always. That’s one of the most heartbreaking parts. 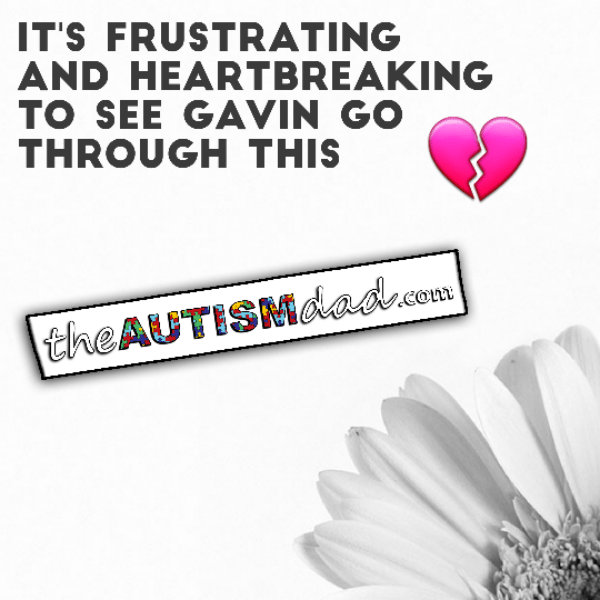