I spoke with Gavin about "who's trying to kill him" -

Does your family have a go-to food for your child with #Autism and/or #Sensory Processing Disorder when all else fails?

I spoke with Gavin about “who’s trying to kill him”

All I asked him was who’s trying to kill you? He immediately became agitated and didn’t want to talk about it.

This is such a difficult situation because I don’t want to play to much into his hallucinations but at the same time, I need to be sensitive to the fact that he actually believes this stuff and so I take it seriously.

The reality is that even though this is all in his head, it feels real to him.  If he believes someone’s trying to kill him, he legitimately can feel scared or afraid. Do you see my conundrum here?

The last thing he told me was that this has happened before and he has a plan, so I don’t need to worry.

I don’t really know what to make of this right now but I don’t believe that I’ve heard the last of this.  Again though, while Lizze and I are concerned, I don’t know how serious this actually is, at least at this point.

This is a keep a watchful eye on him and encourage him to keep us informed kind of situation….. 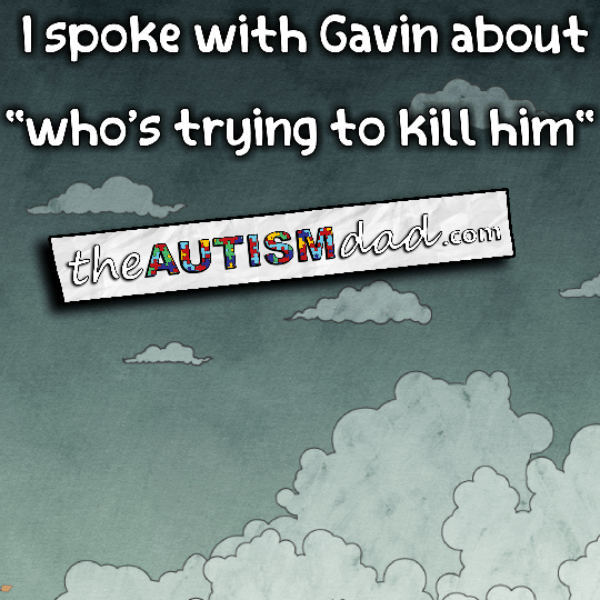