We survived a massive meltdown tonight :( -

I hate when sleep eludes me, even when I have a chance to sleep

Five weeks after putting our marriage back together

We survived a massive meltdown tonight :(


The boys came home from their Grandparents house this afternoon and things went downhill quickly.  It’s not anyones fault. It’s the famous fallout from being overstimulated, that I keep talking about.

Unfortunately, there’s very little way to avoid overstimulation and it can happen pretty much.

It seems ironic that we couldn’t go to Cleveland for the party and the boys ended up overstimulated anyway. The party in Cleveland was an hour away and the boys only went to their Grandparents because Lizze was sick and I had been up with Emmett for three days straight. We needed help and they provided it.  🙂

Anyway, things went downhill as I stated, almost immediately after they walked in the door. That’s pretty the way it always happens with fallout.

Shortly before bed, Emmett had a massive, massive meltdown and I’m not really sure what the fuck happened but OMG….I can still hear the shrieks and feel the stomping of feet.  It went on for at least 45 minutes.

Emmett went from zero to full on meltdown in no time flat.

There was something that went on between him and Elliott but I don’t really know what it was about because my brain will sorta filter out all the screaming as a matter of self-preservation.

Whatever happened was minor but in the state of mind he was in, it didn’t take anything major to set him off.

I spent the entire time trying to comfort him but when he’s screaming like this, I couldn’t understand what he’s saying and there was no consoling him.

He eventually worked through it but not before having everyone on edge and setting the tone for the evening.

What ended up finally helping was that I put on funny cat videos and was able to slowly redirect him.  When he went to bed, he was still on a hair trigger but he’s only been down twice so far and I think he may have actually fallen asleep.

I haven’t checked because don’t want to risk either waking him up or jinxing myself.

All I know is that this was an exhausting evening and one I do t want to repeat, although I know it’s inevitable… 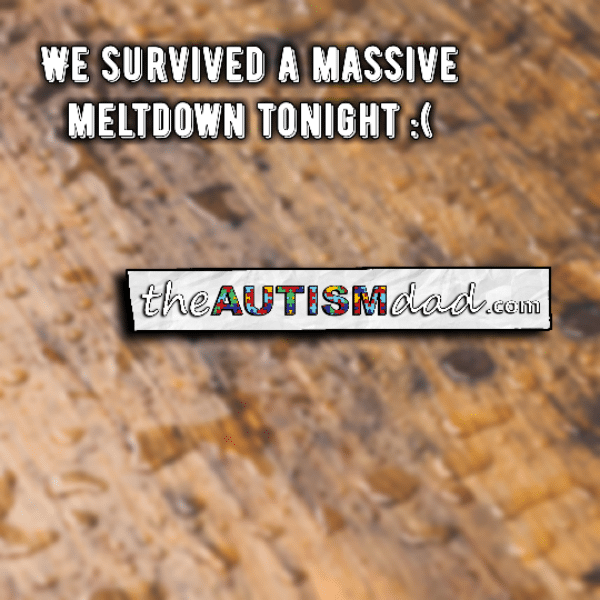