Today's been a day filled with overstimulation and meltdowns  -

We made a difficult decision about Gavin’s current emotional status

Today’s been a day filled with overstimulation and meltdowns


It’s been a pretty chaotic day on my end.  We had an awesome day day yesterday but the kids are paying the price for it today and subsequently, so are we.

The boys, namely Elliott and Emmett, have been so beyond hyper and overstimulated today, I’ve resigned to the fact that today is probably just going to be a wash. 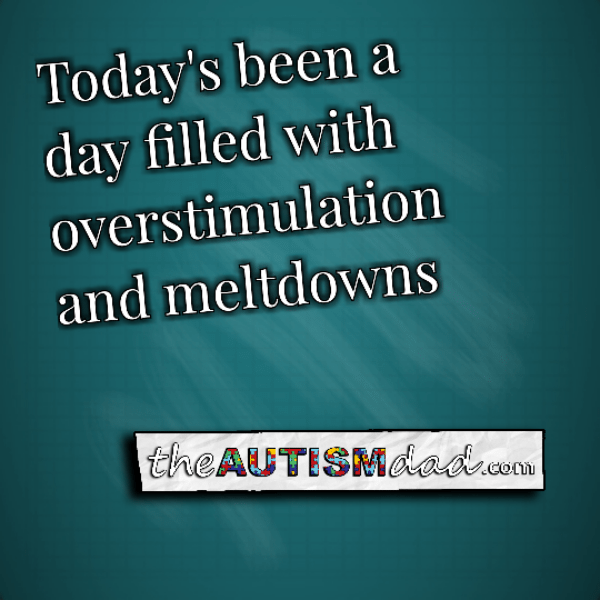 We’ve had a few smaller meltdowns today, which is to be expected after a jam packed day of excitement yesterday.

Lizze and I have taken turns napping today because we are both exhausted.  It’s actually worked out pretty well, in the sense that at least one of us is awake and semi-coherent. This has successfully prevented the kids from taking over the world.  Lol

Anyway, it’ll be bedtime soon and I’m hoping everyone will sleep without a problem because I want to do the same.

The moral of the story is this.

Overstimulation is very common in people on the Autism Spectrum.  It’s often assumed that it takes a negative event to cause overstimulation but that’s not the case.  Overstimulation can be the result of really bad situations or brace yourself for it, really, really positive ones.

This is just an example of fallout resulting from a really awesome experience.  Once the fallout subsides, the boys will have all the amazing memories..