It's been one helluva day but I have some awesome news -

It took four generations working together but we finally succeeded


I had one helluva day yesterday. My Dad and I spent the whole day working on the front steps. Originally, we were going to build over top of the prefab concrete steps that were preexisting. This was because we thought the concrete was much thicker than it really was.

I was actually able to demolish the entire concrete staircase on my own, with a little hand sledge. I totally overdid it but it felt good to destroy those old steps because I’m so tired having them hanging over my head.

We had to make a couple of trips to Home Depot for supplies but we completed about 85% of the project yesterday and all we really have left is to build the handrail. Unfortunately, we ran out of daylight and frankly, we were both exhausted.

I’m guessing that it rained at least half the time but we just kept working.

My Dad is so awesome and we both had a lot of fun working together.  We’re going to finish the handrails today and it should only take a couple of hours.

On a less than positive note, my back is out and I’m not moving around very well.  I have a herniated disc from about 15 years ago and it’s not happy with me at the moment.  I’m hoping to feel much better in the morning.

I thought I would share the pictures I took from today.  You can see the progress from start to where we left off.

I also should mention Emmett.

Emmett had to go to Home Depot with us.  We drove separately so I could bring Emmett and let him be a part of the process of gathering materials.  You have to check out the pictures be a use he was way too stinking cute.

He sorta took charge and made sure all the boards were straight. Emmett was such a big help and he had a blast.

I’ll show you pictures of the final product later today, once it’s finished.

A huge thanks goes out to my Dad for all his time yesterday.  I wouldn’t have been able to build these steps without him… Thanks Dad.  I truly appreciate everything. 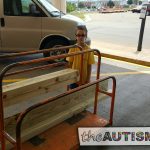 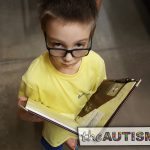 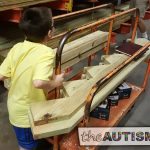 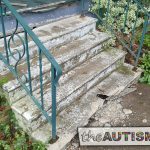 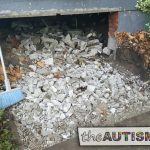 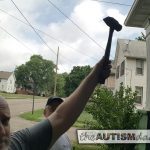 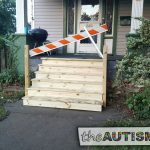 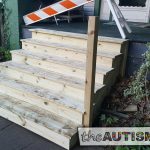 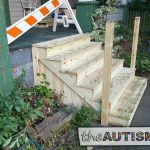