This is why I really dislike Hall of Fame week

Every single year at this time, I share my personal disdain for Pro Football Hall of Fame week. I know that makes me a bad American but I live right in the middle of everything, especially when it comes to the parade.

I’m all for celebrating but I just wish people showed a little regard for those of us trying to live our lives.  When we lived in North Canton, it was not something we ever thought about because it wasn’t in our face.

I think we’ve been in this house for about 13 or 14 years now and every year it’s the same thing. 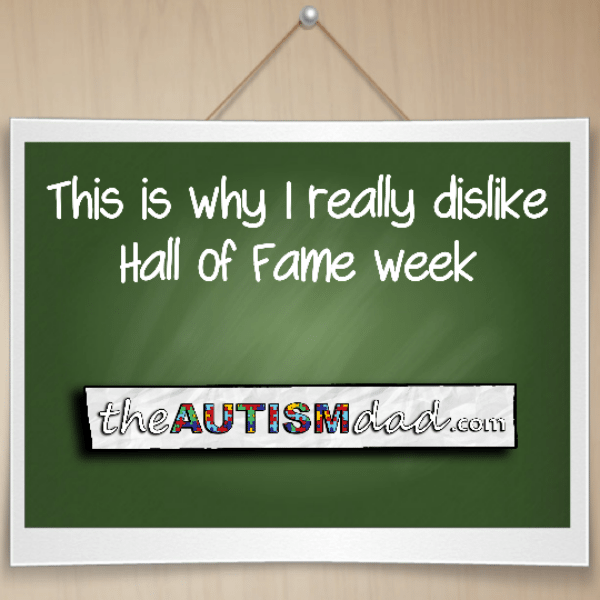 There are people everywhere from everywhere and not everyone is pleasant or courteous to the fact that we have to live here while all this is going on.

Tonight is my least favorite night because it’s the parade in the morning and people have already been lining up on the sidewalks since Thursday night. It’s absolutely crazy. My neighbors have blocked off the streets in front of there houses because we’ve had people actually park in our yard and our driveway before.

So far this year, there hasn’t been any DJ’s blasting music behind my house as there has been in previous years.  Thank God for that.. ☺

My neighbor would get so pissed off that he’d go and cut the power cord in half.  While I don’t condone destroying others property, I can’t help but feel like they had it coming..  Lol

Like I said in a previous post.  I’m really glad the boys are far away from this tonight.

How would your kids react to loud, obnoxious strangers, blasting music, cursing and fighting, all night long? Probably not too well and mine are no different.

I’ve gone to let Maggie out before and found people sitting on my front porch well after midnight. I mean, who does that?

Anyway, I’m counting my blessings tonight because it could be worse and it has been worse. While there’s people yelling and screaming (and I’m writing this at 3:30am), there hasn’t been any violence.  No gunshots or anything like that.  So that’s the brightside…  ☺

I may even catch some crazy stuff on the security camera tonight, who knows… ☺

You should rent out your driveway and lawn if you are that close…cook up burgers and hot dogs for sale, water, etc….that is what people near where I live do for major events and they clean up.

Lots of ways to make lemonade out of that situation

Love this idea. Make some $ out of it.

Perhaps next year we’ll plan for that… ☺

You should rent out your driveway and lawn if you are that close…cook up burgers and hot dogs for sale, water, etc….that is what people near where I live do for major events and they clean up.

Lots of ways to make lemonade out of that situation

Love this idea. Make some $ out of it.

Perhaps next year we’ll plan for that… ☺