Are you ready for the new school year?


As you know, Gavin receives IVIG infusions twice a week because he’s living with a severely compromised immune system.

The actual medication is called GAMMAGARD and it’s basically made up of antibodies from many, many different donors. This replaces the defunct antibodies in Gavin’s body, for a short period of time.

He’s been receiving these infusions for many years now and will continue for the rest of his life.

Now we’re all caught up and everyone is on the same page.

Gavin received his IVIG infusion tonight and the infusion itself went well. The actual infusions themselves usually go well.  Sometimes we hit some snags but that’s really the exception to the rule.

What happened tonight was a bad reaction. It happens on occasion but it hasn’t happened in a long time.

My understanding is that the reaction is the result of the strain on his body having to accept what amounts to foreign antibodies into his body. On a good day, this is exhausting for him and he’ll sleep for hours afterwards. On days like today, his body really struggles with it.

Unfortunately, he had a rough reaction tonight.  It was so bad that he got sick to his stomach.  It didn’t hit him right away but it did about an hour or so later.

We had to get him his nausea meds and help him back to bed, bucket in tow.

It’s been a long time since this has happened and we were quite honestly, caught off guard.

Thankfully, the meds helped rather quickly.

I was able to keep an eye on him via the camera in his room.  That made him feel more comfortable because he knew we were watching over him and could react without him needing to ask for help. 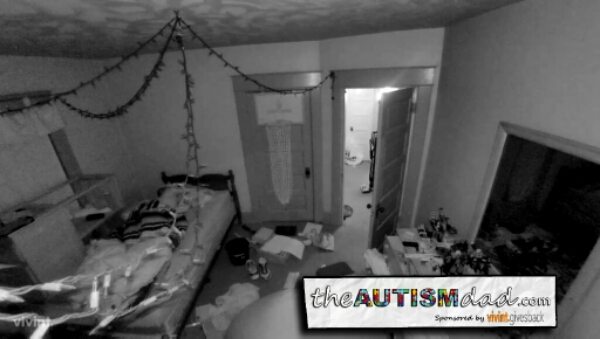 With any luck, Gavin will sleep peacefully tonight and feel better tomorrow.  I’m going to setup my tablet on my nightstand, so I can keep an eye on him throughout the night.  I have an alert setup to let me know if any motion is detected in his room.
This makes me feel better because I don’t want him to have a problem and not let us know.  He’s known to do that because he doesn’t want to bother us in the middle of the night.

Now he doesn’t have to because I’ll know without him needing to feel he’s bothering us.

Please keep Gavin in your thoughts and prayers.  We’re hoping that he’s feeling better in the morning.. ☺