Nothing has gone as planned today and a few other ramblings -

I have my fingers crossed

Nothing has gone as planned today and a few other ramblings


This morning got off to a rough start and then I was late getting lunches to the school for the boys because of bad accident that had traffic backed up.

When I got to the school, poor Emmett was sitting with nothing to eat for at least 15 minutes. I called ahead to let them know I was running behind but he was still worried I had forgotten about him and that feels absolutely terrible.

Elliott’s lunch was actually early cause they eat at different times..so there’s that. ☺ 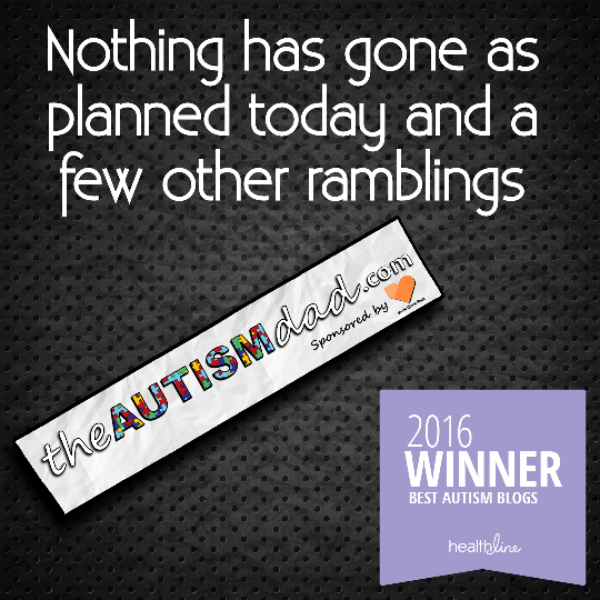 We were supposed to be at the Cleveland Clinic all day today but Lizze woke up in so much pain that she was not feeling well enough to make the trip. That was frustrating for her on a few levels but also because we were supposed to eat lunch/dinner at P.F. Chang’s.
My parents gave us gift cards for our birthdays, otherwise we could never afford it and we have been waiting to go. Rescheduling our trip to Cleveland is in indication of just how badly Lizze feels today.

I didn’t know this until recently but these Fibro Flares (what we call these more intense episodes of chronic, full body pain) are triggered by changes in the barometric pressure.

I’d always thought it was a temperature thing but it’s actually a change in the surrounding pressure.  It makes sense when I think about it and with the fronts we’ve had blowing through the last few days, it’s been rough for her.

She’s resting in bed while Gavin and I are at the school waiting to pick up the E’s.

The boys are going to be thrown off because they are expecting Grandma to be picking them up but that’s not happening now and I forgot to call ahead to prepare them.

I got here on time, so Elliott saw me while changing classes and he’s aware but Emmett’s another story. Hopefully, he’s in a better place and will be able to just sorta go with the flow on this one.  If not, we’ll end up ending the day on a similar note to how we started it.

Elliott has a tiny bit of homework left to do tonight and I’m hoping this will happen without a major battle.

I’m adjusting the way we approach homework to better fit his unique needs, while still holding him to a reasonable homework requirement.

More on that later.

I think the preferred trend for this afternoon is going to be one of calm and relaxation.  Maybe we’ll watch a movie as a family or something like that. Perhaps some Little Ceasars pizza will make a movie night a bit more special.

Either way, I’m having to adapt to all of these unplanned changes and while I do fine with changes, I’m really the only one in the house who does.

Frankly, I don’t know if I have the energy to prevent the inmates from running the asylum, so to speak.  😁