This is one of those things that I don’t expect everyone to understand but if you’ve had a child experiencing psychosis or an episode of mania, you’re probably all too familiar with what I’m about to share.

There’s such a mishmash of feelings that one experiences when parenting a child with special needs.  Aside from loving your child unconditionally, one of the most common emotions experienced is very likely to be guilt.

In most cases, this is what I refer to as irrational guilt, meaning a parent feels intense amounts of guilt for things outside of their control but nonetheless impact their child in a potentially negative way. 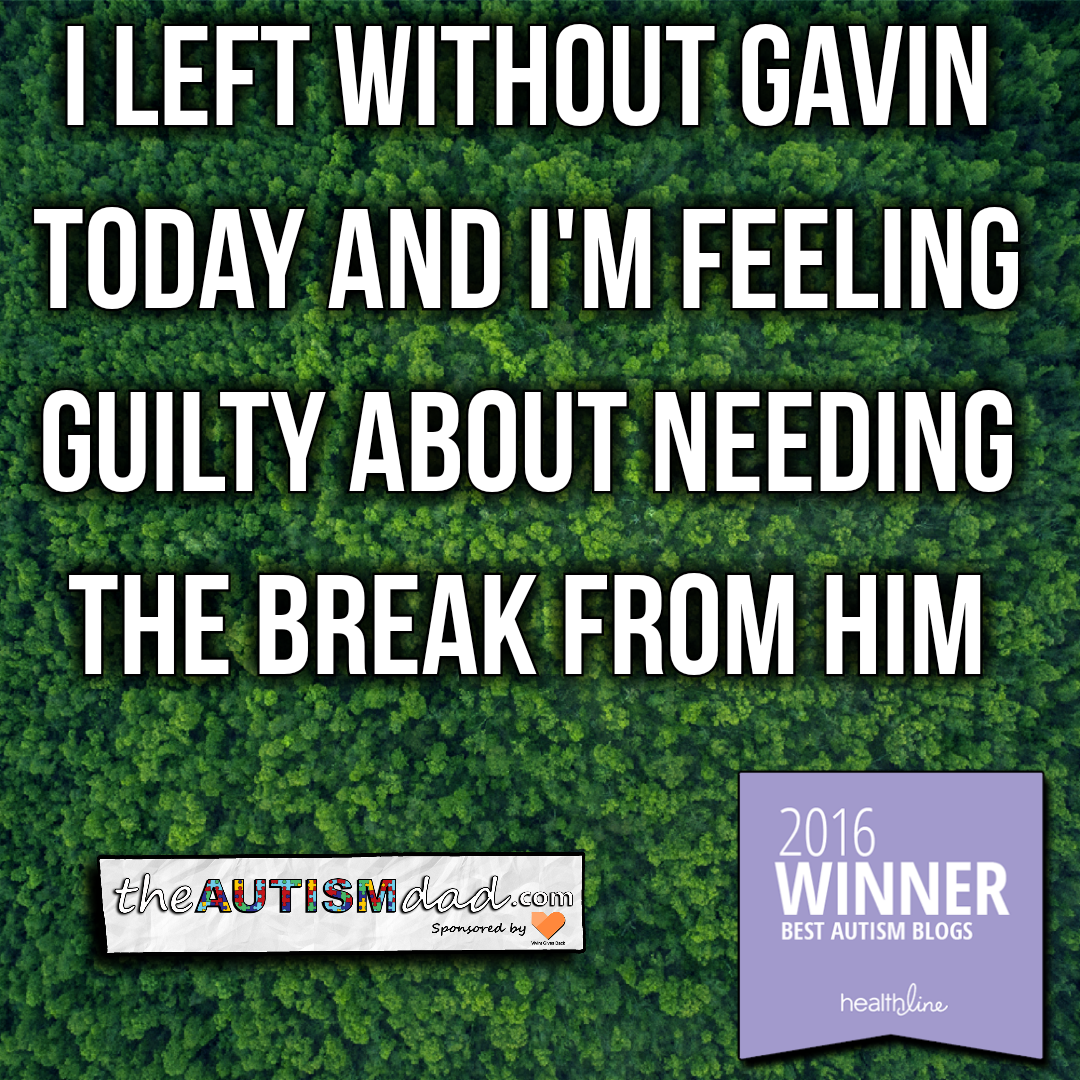 I’m no stranger to this form of guilt and today is one of those days where I’m facing it again.
Gavin always wants to come with me to pick up the boys from school. I usually arrive about an hour early because it’s my alone time before all the craziness begins.

I’m not sure why Gavin likes going, unless it’s just to sit next to me in the car for an hour.

What ends up happening is that Gavin will endlessly talk about his missions, his newest tablet game or he’ll sing really loud to the music he’s listening to. Of course, there’s the frequent runs into the school to use the bathroom. That can happen a dozen times depending on how bad his bladder issues are that day.

The point is, when he comes along, there’s absolutely no benefit for me to be there an hour early.

I lose my me time and end up more stressed out than before.

I love Gavin but his behaviors drive me crazy and being locked in a car with him for an hour, is just more than I can cope with at times.  I only try and tolerate it because I like spending time with my kids and I know it’s important to him.

When it came time to picking up the kids today, I called Gavin twice to come down and get ready to go.

I guess his tablet was too loud because he didn’t hear me. I looked at Lizze and said I tried before hurrying out the door.

Was that a little shady of me? Maybe but I did everything the same as I always do, he just didn’t respond. To be honest, it’s better this way because then it becomes about him not hearing me call him because his tablet was too loud (a natural consequence) and not about me telling him he can’t go.

That being said, I’m feeling that sense of guilt as I’m sitting here writing.

I feel guilty that I don’t have more patience with his behaviors or that I didn’t want him to come today because I just need a break from the norm.

In many ways, this was self-preservation on my part and I shouldn’t feel guilty about knowing my limits.

Can any of you relate to this? I’d love to hear your experience…