Unfortunately, Gavin isn't getting better and tonight's appointment is proof of that -

Unfortunately, Gavin isn’t getting better and tonight’s appointment is proof of that


We met with Dr. Pattie tonight and one of the main topics was Gavin. He’s officially been back on 800mg per day of Clozapine for 48 hours. While we haven’t seen any improvements, we continue to see his side effects becoming more significant.

Gavin had been waiting all day to tell the three of us about his latest missions.

When it was time for him to share, he just unloaded on us.  He talked pretty much nonstop for over 20 minutes. 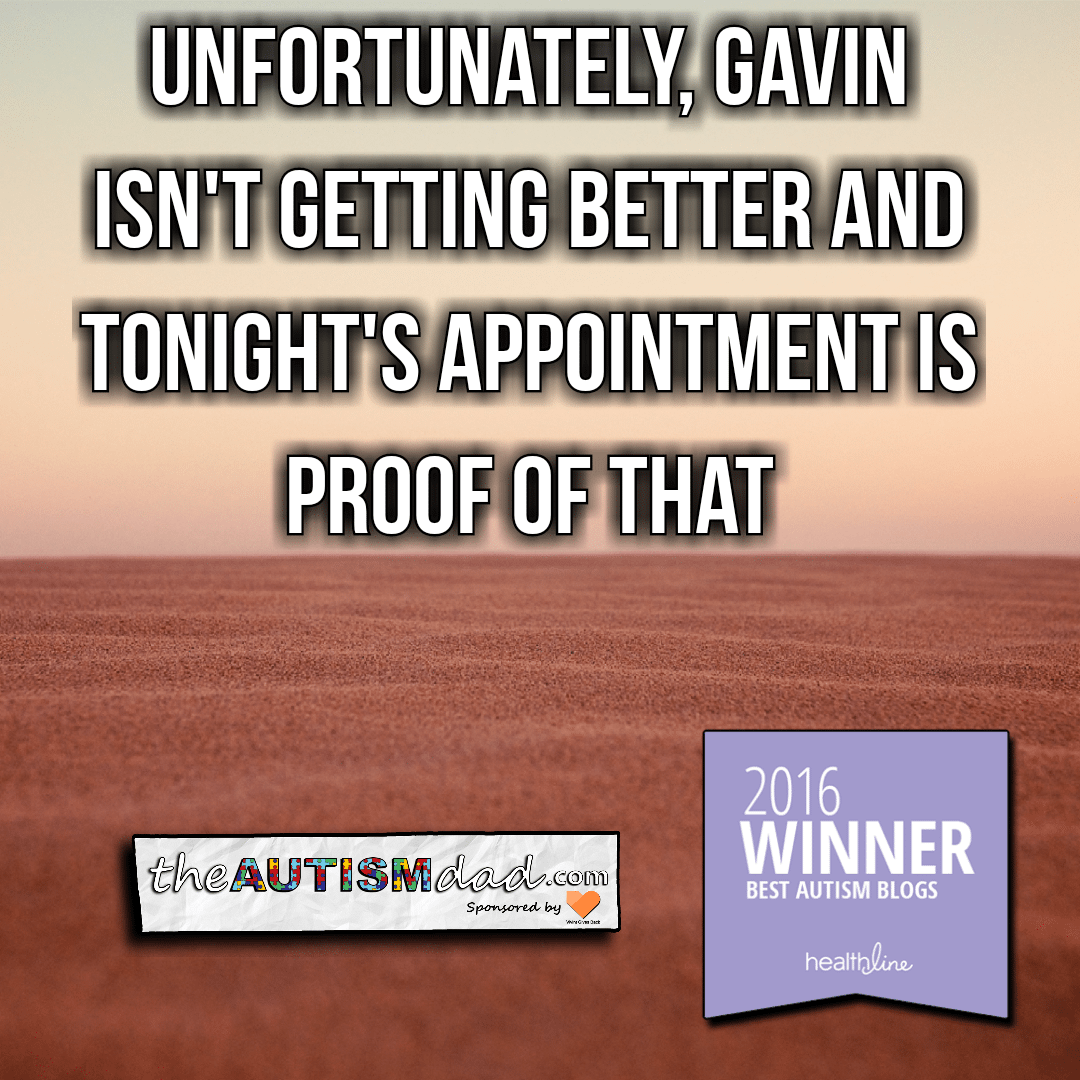 His adventures were more of the same. He’s the indispensable hero that sees all and knows all. He uses his power to smite evil (I’ve been watching Supernatural, so that’s my word not his) and reign over his Universe.
He told us about how he can glue spines back together with a special glue he invented or how he brought one of his friends back from the dead.

Currently, he’s at war with these things called Changlings.

Apparently, these creatures take the form of our loved ones and feed upon our love. Personally, I’m not even sure what to say to that because frankly, that’s pretty weird.

I went into this appointment today, riding high on the positive things that happened this afternoon.

By the time Gavin was done talking to us, I had been completely drained of anything even remotely resembling energy. I’ve said many times how exhausting this whole thing is but today I went from fantastic to death warmed over, just for listening to him go on and on about what amounts to his schizophrenic hallucinations.

It was an eye opening thing for me because I didn’t realize just how much indulging him takes out of me.

I’ve been feeling pretty crappy since.

I’m hoping that I can get a decent night’s sleep and start over in the morning. I just want to wake up tomorrow in a better place than when I went to bed.

Lizze and I both need to seriously not allow irrational guilt to make us more willing to listen to him go on and on about these things. It’s just too draining for us and it has to stop.

Maybe it’s time for Gavin to resume emailing me his mission briefings. I could read it a little at a time and not be so overwhelmed by his desire to constantly tell us what’s on his mind.