We received heartbreaking news about Gavin's health this morning  -

It’s been a long and emotionally exhausting day for me, so I’m calling it a night

We received heartbreaking news about Gavin’s health this morning

As a Special Needs parent to a child with fragile health, I sometimes make the mistake of thinking that things could never get worse. Wrong again.

Gavin had an appointment with Dr. Reynolds this morning. It was the first appointment since we began increasing his Clozapine last month. There weren’t many surprises because it was basically more of the same. While that would be a world full of bad news for most familes, we’re used to all this stuff by now.

There were some changes discussed but I’ll talk about those in a later post because they really don’t matter right now.

Before we left Dr. Reynolds office, I remembered about Gavin’s platelets being low for the first time and let him know what Gavin immunologist had called to tell me about at the end of last month.

The normal range for platelets is 150-450. For the first time, she had noted that his platelets had dropped below 150 and were recorded at 147.

I’ve been stressing the fuck out over this because Gavin never does anything halfway and I had a feeling it was just a matter of time before the shit hit the fan.

In the course of about one week, Gavin’s  platelet count went from 147 all the way down to 122. As I’m hearing this, I felt like I was going to throw up. I fucking knew it wasn’t going be good and I’ve been fighting back the tears since about 11:15 am this morning.

First of all, this has nothing to do with any of the medications that Gavin is on, so that’s not a concern.

After leaving the office, my task was to immediately get ahold of his immunologist and let her know of the new results. When I called the office to leave her a message, she heard I was on the phone and told the nurse she would personally call me back in a few minutes. She did just that.

This is a significant drop in a short amount of time and I asked how low this really was. Between 100 and 120 is consider very low. Gavin’s sitting right on the border of very low.

His immunologist said that this is likely something called Thrombocytopenia and it can develop in kids with CID.

Going forward, all the lab work is going to be forwarded to her after every single Friday blood draw because we have to watch this very closely.

I asked about the treatment and apparently, it’s going to require what may amount to a much higher dose of IVIG. This means that infusions will have to once again take place at the Akron Children’s Hospital infusion center. 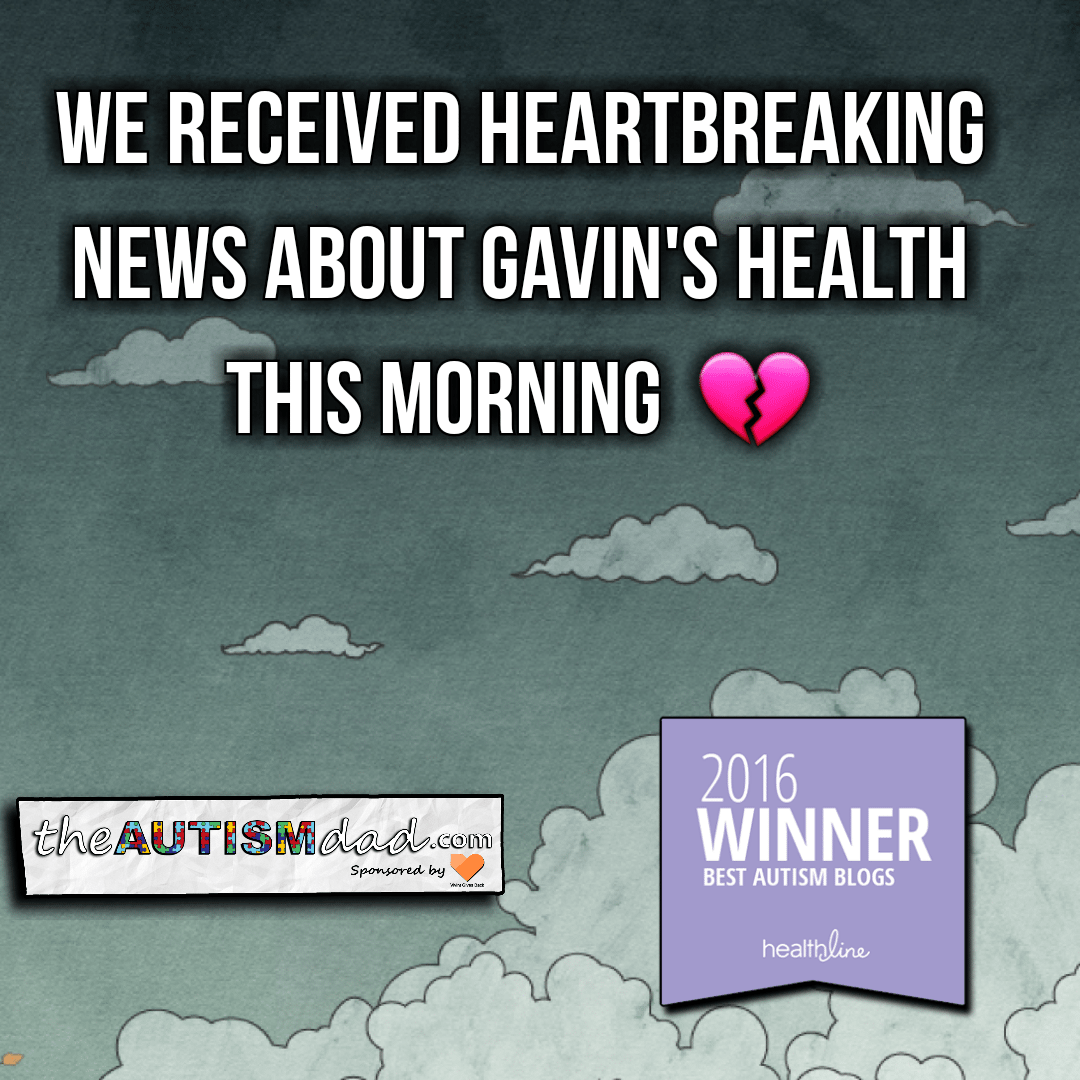 You may recall that we had to stop these infusions at the hospital because Gavin began going into autonomic crises, shortly after arriving at Akron Children’s Hospital for his IVIG. This was simply the result of the car ride up but it saw him admitted to the hospital a few times.
Going back to this is very concerning because I don’t know what’s going to happen.

It’s really easy for a doctor to say let’s just keep a close eye on things. I’m telling you with the utmost sincerity that I’m incapable of doing that at this point.  We’ve never had something like this end well, ever. It always leads to more problems and more heartache.

Truthfully, I don’t even know what to think. Gavin has more labs drawn on Friday and I’m terrified about what they are going to show us.

Right now I’m feeing like my world is crashing down around me. I’m sick to my stomach and I’m strattling a very fine line between bursting into tears just freaking out.

Poor Gavin just cannot catch a break and as his Father, I’m heartbroken.