I dug deep into my bag of parenting tricks this morning

The boys made it off to school today but just barely. Elliott wanted to go to school but Emmett was complaining of not feeling well. I don’t think anything was wrong per say but rather it’s the chronic tummy ache before school issue we tend to battle as the school year wanes.

We had to get moving because I had to stop for gas before taking them to school.

I had to dig deep into my parenting bag of tricks.  I pulled out a little something I like to call, bribery.

I told the boys that if they got ready fast enough, I would get them a donut when we go to get gas. They were of course, highly motivated at that point and we were off to start our day.

The next goal I have at this point is to simply survive the rest of the day.

I have a full day of playing chauffeur ahead of me. 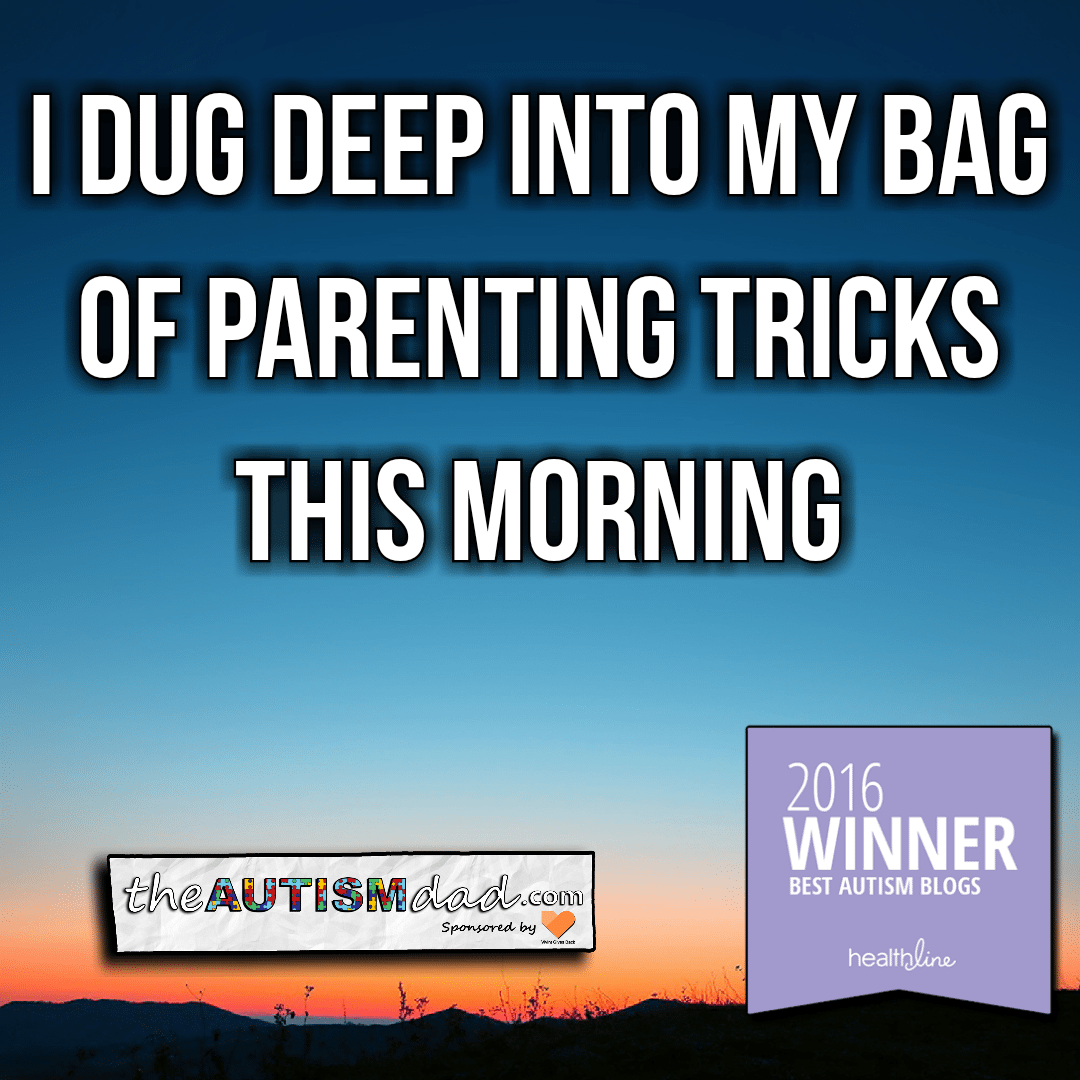