The heartbreaking reason that kept us from trick or treating  -

It was sensory and meltdown central this morning

The heartbreaking reason that kept us from trick or treating


I mentioned in a previous post how the boys spent the night with Lizze’s parents on Saturday. They live in a different city so their trick or treat was Saturday afternoon. The boys had a blast trick or treating in their grandparents neighborhood, while Lizze and I had the night off.

The plan was for the boys to be dropped off at my parents house on Sunday afternoon and we would take them trick or treating in my old stomping grounds. This has pretty much always been the tradition.

The weather changed pretty dramatically from Saturday to Sunday. It was nice enough for Emmett to wear his flip flops while he was at Lizze’s parents but it was colder and rainy on Sunday. 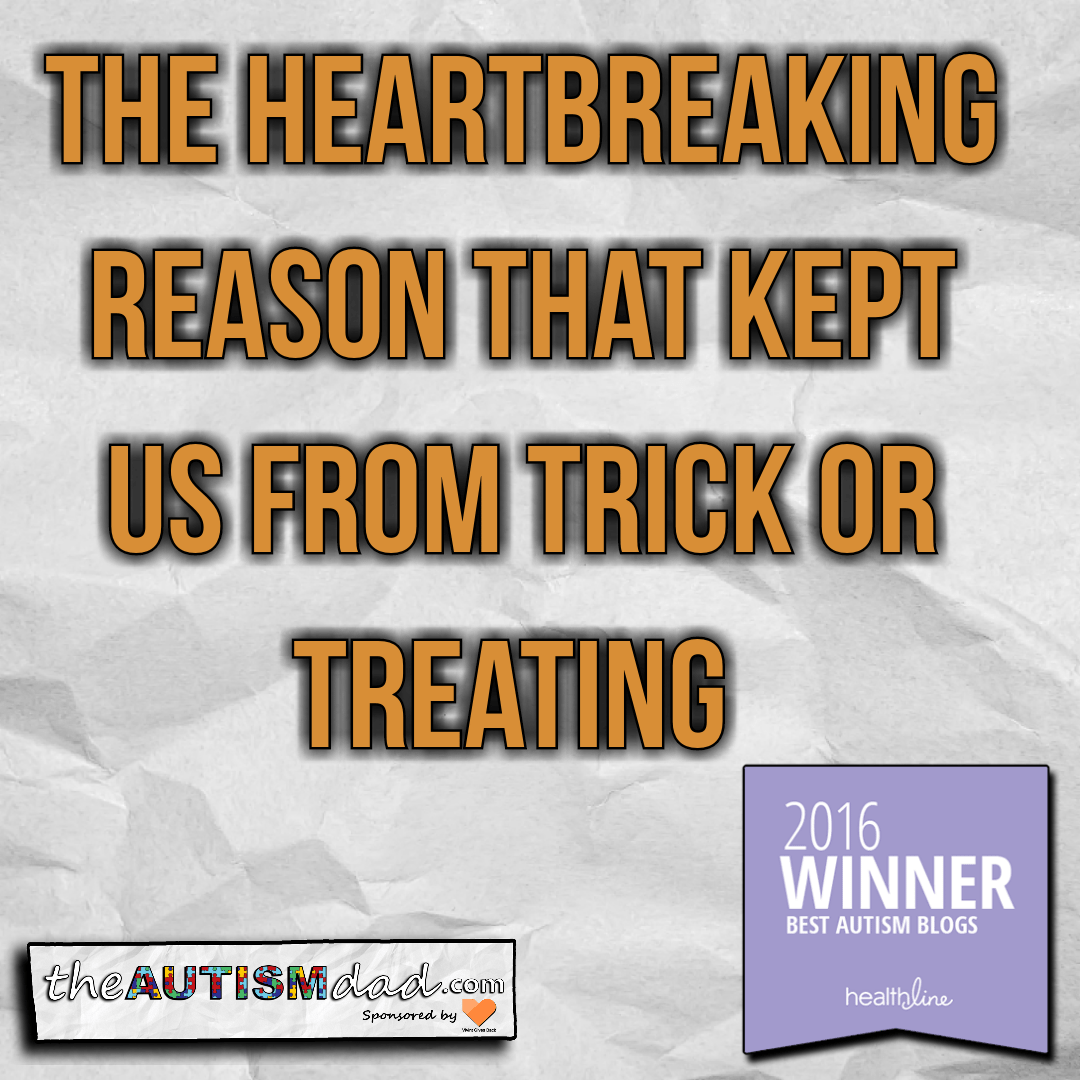 We decided not to let the rain stop us from having some fun. With umbrellas extended we ventured out to snag some candy.
Unfortunately, we didn’t make it to a single house before Emmett began complaining about his shoes and socks not feeling right. There was no way to help him through it. The only option would have been to let him wear his flip flops. Sadly, Emmett would never stand for getting his feet wet. It’s totally a sensory thing.

We had to turn around and head back. 😔

Emmett was so upset and it was heartbreaking because this is totally out of his control. It took quite a bit for him to settle down and move past this. The rest of the night was pretty much fallout from the whole shoe thing from earlier and poor Emmett didn’t fall asleep until after 11pm.

On the plus side, I have to give credit to Elliott and Gavin because neither of them gave Emmett a hard time when we had to turn around. I know they wanted to keep going but they respected Emmett’s situation and supported going home.

I’m super proud of both of them. I’m also proud of Emmett because he really did try to work through this, it just didn’t happen this time.