Both boys were up before 6am this morning but entertained themselves pretty well and I’m grateful for that. Elliott had a pretty good morning and aside from keeping him on task, there weren’t any issues worth mentioning.

Emmett on the other hand, had a horrible sensory morning.

It was so bad that he almost didn’t make it to school. The issues were his shoes and socks once again. Shocker I know.  We tried everything, including having him wear his beloved flip flops but nothing felt okay enough for him to tolerate.

Right before we pulled the plug and got Elliott to school alone,  I stumbled across a pair of regular slippers that Emmett has had a checkered past with. He hasn’t been able to wear them in a really long time but for some reason, today he could.

Frankly, after 45 minutes of screaming, I wasn’t going to ask too many questions.  After that he was fine.

Lizze and I were super stressed out now but at least Emmett was feeling better.  We also can’t forget how well Elliott did this morning also. So while it was a rough morning, there were still some things that we’re celebrating. ☺️ 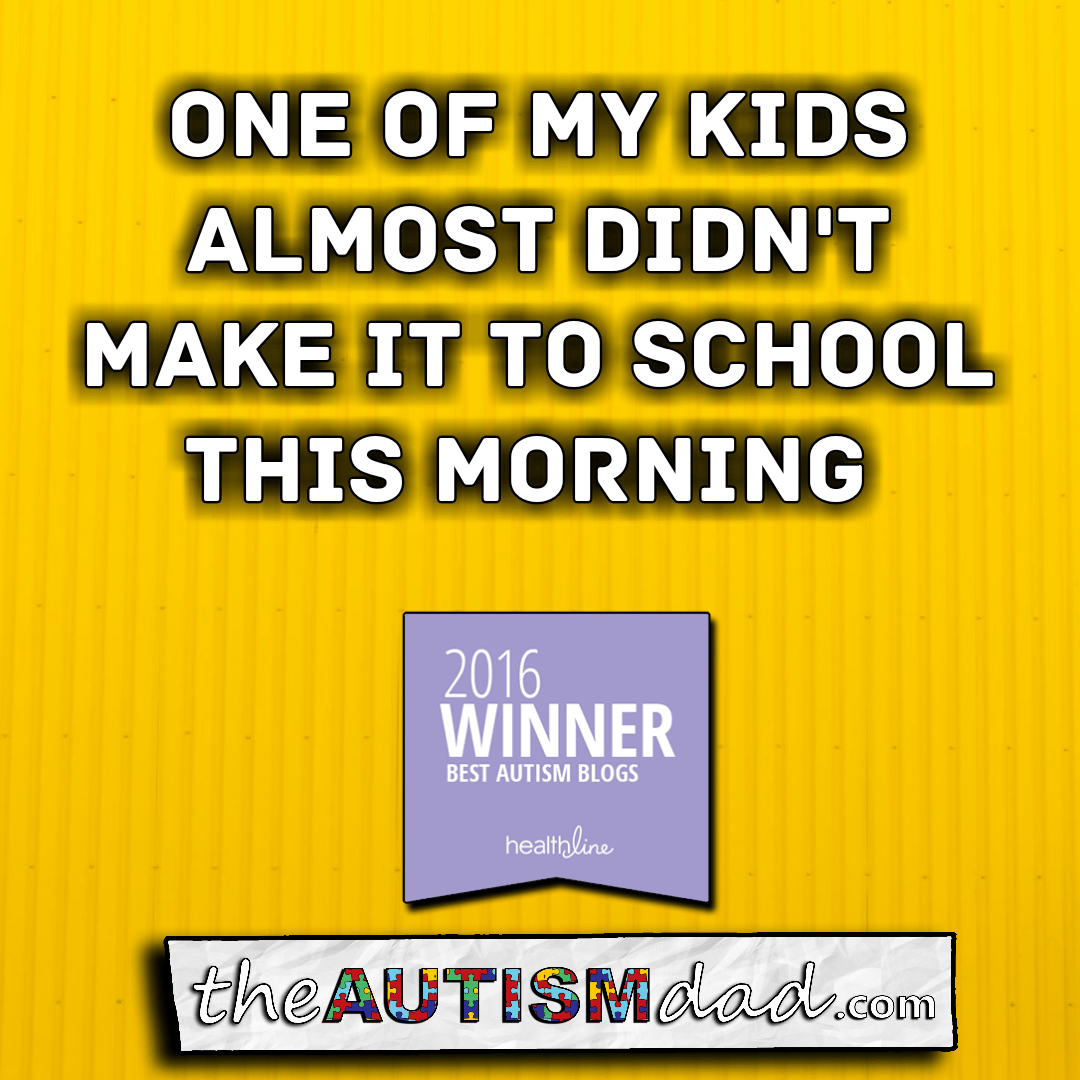