I mentioned earlier that we signed the boys up for the after school program. Emmett really wanted to do it but Elliott didn’t, at all.

It didn’t logistically make sense to pick Elliott up after school, only to have to turn around and go back for Emmett a short while later. We weren’t going to make six trips between school and home just so Elliott didn’t have to participate.

Lizze and I decided that it would be good for Elliott to be a part of this free, after school program, even though he wanted nothing going to do with it. 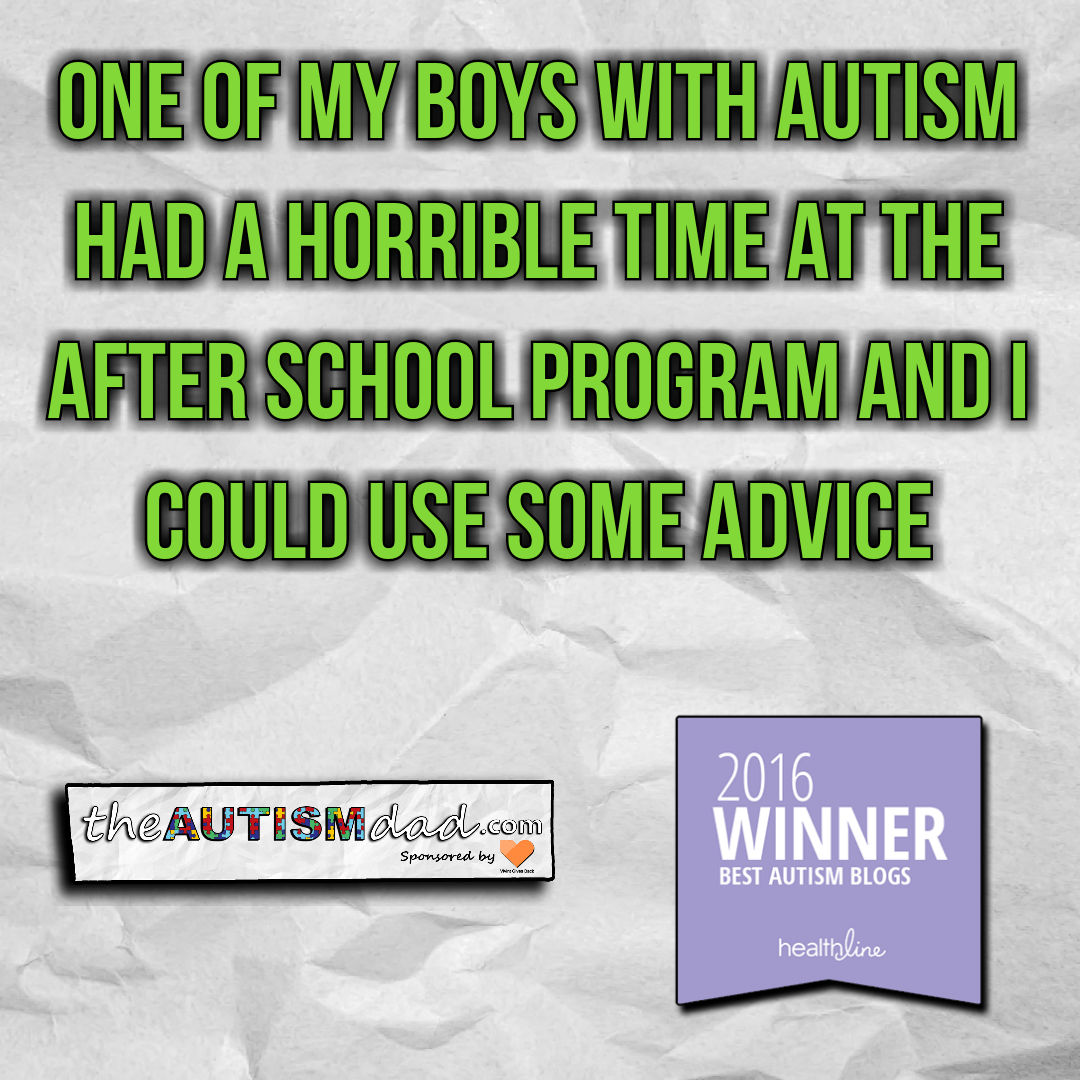 For starters, it’s only once a week for less than two hours after school. Several of his friends are there and it doesn’t have to be about tutoring.
The idea behind this is to give the kids a chance to socialize, get extra help with their homework or school work, play educational games on the computers and partake in other educational/fun activities with their friends.

Emmett is all about learning and would go everyday if he could.

Elliott went today and didn’t put up a fuss, which was a total but pleasant surprise. Unfortunately, that ended the moment the after school program began.

Apparently, he freaked out so much that the school had to call us.

Gavin and I had gotten to the school a bit early cause we were already out and figured I would write while Gavin plays his tablet.

With about 45 minutes left in the program, I get a phone call from Lizze just as one of the teachers is walking out to talk to me in the lacking lot.

The school explained that Elliott was really upset and wanted to come home.

Lizze, myself and the school decided that rescuing Elliott was not the right thing to do. We instead made him finish the day, which only amounted to about 20 minutes because Emmett finished up a bit early.

We didn’t want to have to pull Emmett out simply because Elliott didn’t want to be there. We also really believe that this is a good experience for Elliott and yes, we talked it over with Dr. Pattie prior to everything.

When it was time for them to come home, Elliott begged me not to send him anymore but I stood my ground and said that he would continue to go because there’s no reason why he shouldn’t. This essentially amounts to him being upset because we’re making him do something he doesn’t want to do.

All the reasons he lists for not wanting to go are just excuses and obvious ones at that.

The ride home was really unpleasant but we turned the day around shortly after and all was right with the world once again.

They only have one more day of the program for November, mostly because of the holidays and I’m not sure what we’re going to do for December. We sign up for one month at a time.

Maybe we send Emmett and not Elliott but I just don’t know.  I do know that we’re making him finish out the month. That just means he goes next Thursday and that’s it.

I really think this is a positive thing to have them participate in. I also think the social side of this is extremely important for my kids as well.

Lizze and I need to talk about next month but I’m wondering what you would do if you were in our shoes? Would you make him go or not? Why or why not?

Also, there’s no bullying or safety reasons for Elliott not wanting to go. He just doesn’t want to go.

Please leave your feedback below. . . ☺