What it's like taking my teen with #Autism to the grocery store (hint: it's the opposite of easy)  -

What it’s like taking my teen with #Autism to the grocery store (hint: it’s the opposite of easy)

Truthfully, I really enjoy hanging out with Gavin cause he can be a lot of fun. Having said all that, while it’s nice spending the time with him, taking him to a store presents many challenges as well.

Gavin isn’t blessed with things like awareness of his surroundings or commonsense. 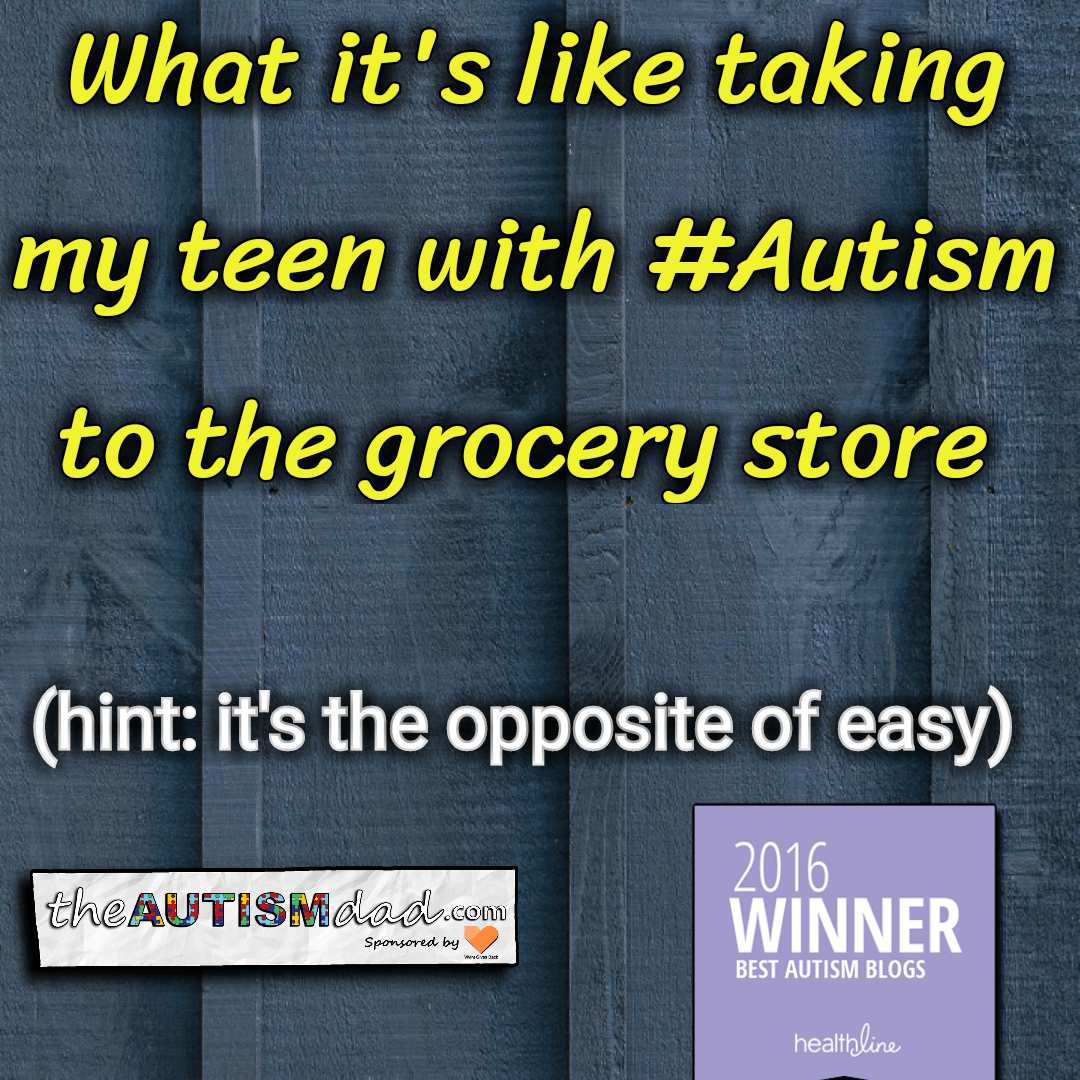 This means that I have to pay a great deal of attention to what he’s doing at all times because he’s not. One of the biggest things we have been working on is pushing the cart at the grocery store.
In all honesty, this is something that I tend to avoid, even though he’s always asking to do it. The reason is pretty simple. He’s dangerous at the helm of a shopping cart.

As simple as pushing a cart is for most people, I don’t think we realize that it actually requires quite a few skills and unfortunately, Gavin lacks many of them. When he’s pushing the cart, he’s not paying attention to people or objects around him. 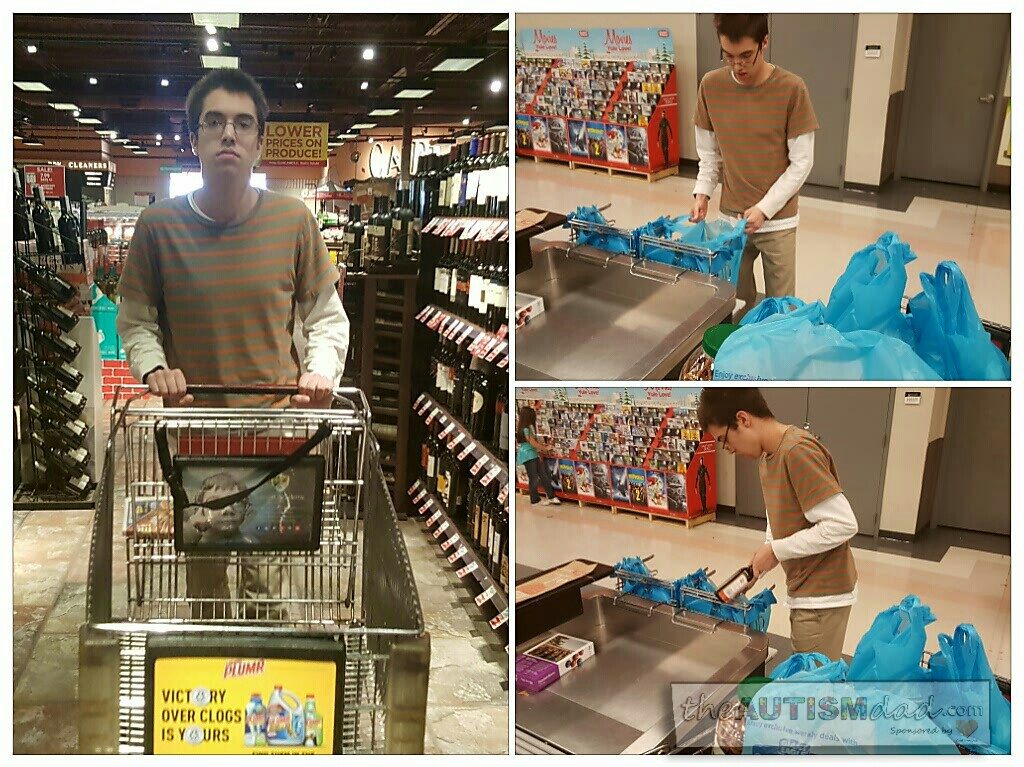 He’s only hit someone once before but he’s banged into shelves and displays plenty of times. He’s also clipped the back of my ankle on many occasions and that hurts like a bitch.
As scary as it is for me at times, he still needs to be able to practice and so we practice.

Today was one of those days where he was able to practice pushing the cart. He was insistent and I allowed him to take control of the cart at the grocery store this afternoon.

Overall he did pretty well but it took us much longer to get what we needed and my nerves were fried by the time we were done.

Having said that and in all fairness to Gavin, he really did do a good job.

When we were done, we practiced one of his favorite parts and that’s bagging the groceries at the checkout.

I would call today a successful lesson and I truly am proud of him. He’s come a long way but we still have a long way to go. I wish people had a better understanding of what all goes into something as seemingly simple as teaching my teen with Autism to push a shopping cart around the grocery store with crashing into people or things.

This is just one tiny example of how much goes into raising a child with Autism.