It’s heartbreaking when someone you love is massively depressed

Christmas Eve has been absolutely exhausting


I wanted to take a few minutes and bring you all up to speed on Gavin’s current status. Lizze and I have been seeing some things that while concerning, aren’t really super surprising.

Behaviorally, Gavin is continuing to do well. Unfortunately, there’s more to Gavin’s situation than behavioral concerns.  I remember a time in the not so distant past where his behavioral issues were so serious, we had to actively seek out residential treatment. That’s no longer even visible in our rearview mirror. 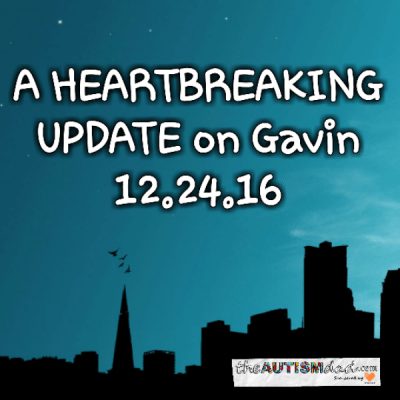 The issues of concern right now are are physical and emotional health.
Gavin’s physical health seems to be sorta stable right now but we’re waiting to get his lab results before letting our guard down.

There are life skills that he’s been working on for the last few years and he was doing so well.  He was capable of doing his own laundry, washing dishes, running the vacuum, taking out trash/recycling, making simple transactions at the store and even managing the litter box. Even things like budgeting his money and creating a grocery list.

I’ve been very focused on anything and everything that he would/will need in order to gain as much independence as he’s capable of.

Unfortunately, there’s been some loss of skill and as a parent, it’s frustrating, scary and most of all, heartbreaking because we don’t know what that really means.

Will the skills return or are they gone with the wind?

Historically, he’s lost and regained skills since he was about four years old. As he gets older, skills that are lost don’t seem to be returning as much anymore.

Gavin will take clothes to the basement and put them in the washer but forget to start it. The dishes he washes are having to be reached and I have to be very careful when we are away from home because he has recently wandered off.

It’s absolutely heartbreaking because there’s not a great deal we can do about this. The key to life at this point is adaptation, compassion, constant repetition and a shit-load of patience.

As always, I will continue to keep you updated and I once again humbly ask that you keep Gavin in your thoughts and prayers…

I hope in the spirit of Christmas, that Gavin begins to do better soon! And hope you all have that Merry Christmas you deserve.

Thanks.. We wish you and yours the very same.. ☺️

I hope in the spirit of Christmas, that Gavin begins to do better soon! And hope you all have that Merry Christmas you deserve.

Thanks.. We wish you and yours the very same.. ☺️