UPDATE: What happened at yesterday's appointment  -

It’s was a sh!tty morning for this #Autism Dad

UPDATE: What happened at yesterday’s appointment


Update: Video of crazy driver and our commentary is now on page 2.

I had planned on getting this entry out much sooner but unfortunately, things don’t always go as planned.

Majority of our day was spent driving to and from the family allergist. Lizze and Gavin both had appointments for different reasons. Lizze was going as a first time allergy patient and Gavin was there for allergies, asthma and immunodeficiency.

Both had bloodwork done.

Lizze is being allergy tested and also checked for the same immunological issues that Gavin has. The results will be back in a few days.

Gavin’s bloodwork is checking his antibodies, platelets and a shitload of other things because he has a shitload of things going on. I’m anxious to get his platelet count because that’s been an on again off again problem recently. 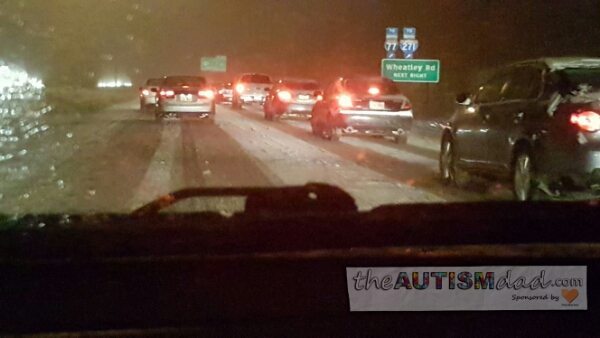 Truthfully, the appointments were uneventful.

The only concerning issue that popped up was that Gavin has lost ten pounds since his last Cleveland Clinic appointment two months ago.

Continued on next page

Glad you didn’t get into an accident!

Glad you didn’t get into an accident!