I haven’t written cause I’m not doing so well

The worst thing that 1 #Autism parent can do to another

I haven’t written cause I’m not doing so well


It’s been a couple days since I’ve published anything about anything. There are a few reasons for that. The main reason however, is that I’m not doing so well right now.

I’m not sleeping and I’m not coping well with anything.

I’m overwhelmed by all I have to figure out and there’s very little I can do about it. There are bills and major medical worries crushing me. Gavin’s still missing medication to replace the GAMMAGARD. They still haven’t figured everything out and Monday will mark his second IVIG infusion in a row that he’s missed. 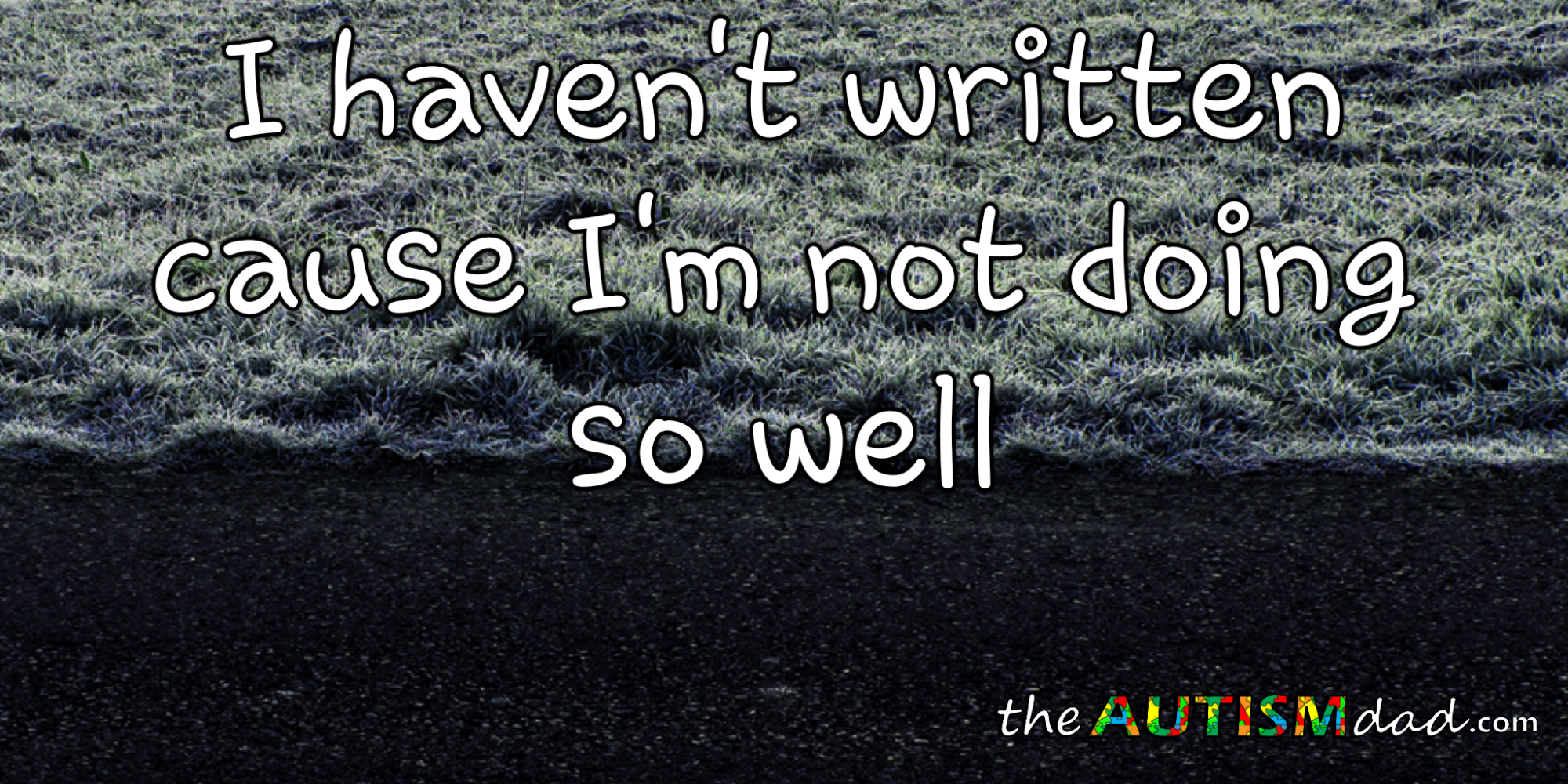 The change to his Clozapine hasn’t really helped with him sleeping too much during the day. We don’t know what to do with that.

I’m fighting back but I feel absolutely powerless. It’s taking a heavy toll on me and I just haven’t talked or written recently. Maybe this will help jump-start things again and I can process some of this shit.

It’s 2 AM as I’m writing this. Lizze and I are still trying to get the kids to bed because about midnight, some asshole fired off cannon.

That’s right, a cannon. They aren’t firing cannon balls or anything, so it’s not a safety thing. This guy just packs it and fires it off without a projectile. I know it’s a cannon because it’s a known problem and the police haven’t been able to catch this guy in the act or even find him as far as I know. We haven’t heard it in awhile but it’s unmistakable.

It shook the entire house, set off car alarms and freaked the kids out so much, they won’t go to sleep.

It sounds and feels like a bomb went off.

I don’t know where it’s coming from but if I did, I’d direct the cops there myself. It’s scary enough when it happens during the day but at night, it’s worse.

I’m trying. I really am, but it’s not getting any easier and I’m burning the candle at both ends. That’s not going to work for long.

Sorry to hear this, Rob. I know it becomes a cycle of crises, anxiety and then sleep loss…which makes anxiety worse etc etc. Personally I would suggest getting to a doctor and telling him you need short term anxiety relief or a sleep aid. Not the same, but I was once in the worse accident of my life and thought I and mom, dad (driving), and oldest son (then 4) were going to die, it was that bad.

Afterwards, I got a one month, non-refillable prescription for Xanax. It worked, I was able to function well enough to drive to work which is what I needed. I know your family crises are NOT the same, but it is possible that a doctor could give you something to help your anxiety OR something to help you sleep in the short-term.

I wish I could help you and a pile of money would really, really help you. Hey, how about a GoFundMe? I’ve never done one myself but your family and issues seems worthy for one. I’ve donated to many that didn’t seem as urgent and pressing as your family’s situation. JUST A THOUGHT.

The older I get the worse the toll of lost sleep. Why are there jerks like cannon guy when your down to the last bit of tape to hold it all together? Wish I could be of help, apologize that I can’t but talk to you on the other side of sunrise.

Im struggling at the moment. There is so much ilogical things going on in my life im struggling to stay calm