Why is this so fucking complicated?

As much as I want to, I can’t send the kids to school today


There are days that arrive and bring with them a profound sense of consternation. For me personally, today was one of those rare days in my life. There are many reasons why today has so much meaning but I want to focus on the single, most important one.

Gavin has faced so many obstacles in his young life. Some of these obstacles were familial in nature while others were physical and emotional in nature. This young man has been through more in his short life, than most people would in two lifetimes.

As a family, we’ve been through so much together but we’ve always pulled through in the end.

Something that Lizze and I are unquestionably grateful for is the simple fact that Gavin is with us today, celebrating his 18th birthday. There have been several time along the way where Gavin experienced one health crisis after another. On a few occasions, we came close to losing him. As horrible as those experiences were, they given us perspective and taught us to never take anything or anyone for granted.

Not a day goes by that we aren’t aware of how fragile life is, especially when it comes to Gavin.

We are so grateful to be able to celebrate his 18th year with him today. It’s been an awesome day. Elliott and Emmett were home sick from school today, so we aren’t spending time away from home but Gavin got his birthday shopping done.

The picture below is of the exact moment Gavin learned of his birthday present.

He’s been trying to save up for a new 2DS XL because that’s his dream purchase. Lizze and I decided that we were going to surprise him with his 2DS XL and the game of his choosing. 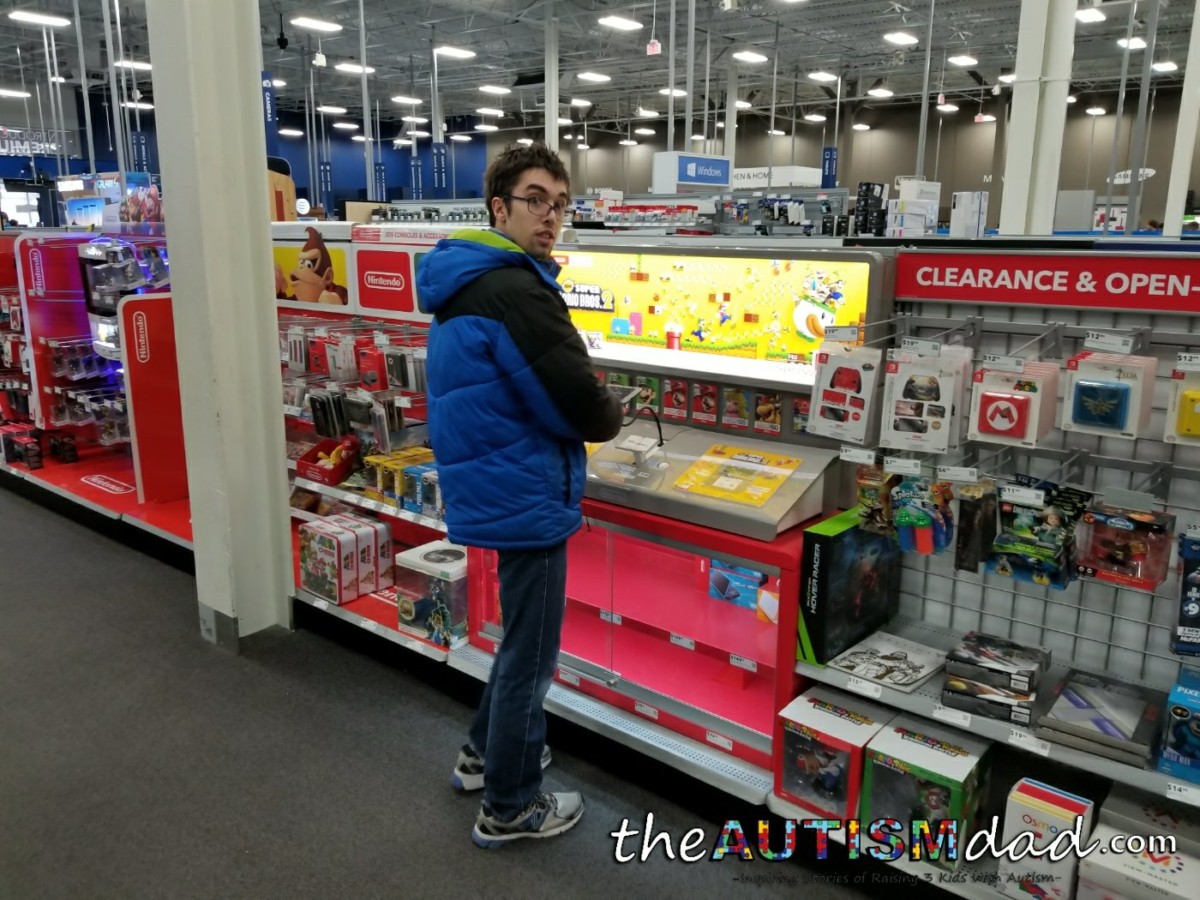 Gavin was beside himself. He couldn’t believe it and was barely able could tain his excitement.

He’s labeled this the best birthday ever and it’s hard to argue that. We’re all super thankful to be here celebrating it with him.

Happy Birthday Gavin. We love you to the moon and back…. ☺