Please keep Emmett in your thoughts and prayers -

(Poll) Does your child with #Autism have trouble sleeping?

How my appointment went

Please keep Emmett in your thoughts and prayers


I mentioned that Emmett would be home from school today. The reason for that is rather bad fever flare. I’m pretty sure it started on Saturday because that when the physical symptoms began. At first, it was just one sore on the inside of his lip, but as of Sunday evening, he’s got several more.

The poor kid is in a lot of pain and isn’t eating much as a result. He doesn’t eat enough on a good day, and this makes things worse. 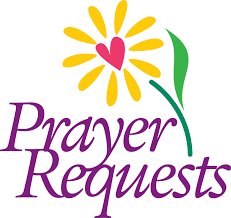 Right now I’m making him milkshakes and mixing SlimFast powder in for some nutrition. These are cold and numb his mouth enough that he can relax a bit. Unfortunately, it doesn’t last forever, and he goes right back to being miserable.

There isn’t much we can do besides supportive care and pain management.

He hasn’t had a flare in a while, and they’ve evolved over the years, so we never really know what to expect. At the very least, this will last a few days, but most likely, we’re looking at a week to ten days of misery.

Emmett doesn’t handle stress very well, and he’s been throwing things when he reaches his limit, which is a very low threshold.

If you didn’t mind sending your prayers or positive thoughts in his direction, I would appreciate it. It’s going to be a tough week for him, unfortunately.

I suspect that most of my day will be spent snuggling my littlest minion. As I said, I can’t do much for him, but I can snuggle like there’s no tomorrow. ☺