Depression Confessions: How the @fisherwallace Stimulator is helping me battle #Depression -

Why I ALWAYS expect the unexpected

We might be approaching the end of the road

Depression Confessions: How the @fisherwallace Stimulator is helping me battle #Depression


UPDATE: I was speaking Chip Fisher, the President of Fisher Wallace Laboratories and received an update on insurance companies that are now covering the Fisher Wallace Stimulator.  I’ll add to the list as I get new information.

Click Here to purchase your own Fisher Wallace Stimulator

It’s been a little while since I’ve updated you on how my withdrawal from Paxil is going. At this point in time, I’m about halfway through the withdrawal process and things are going pretty well.

If you’ve never experienced it first hand, let me tell you that withdrawing from drugs like Paxil, with a very short half-life can be extremely difficult, painful and even dangerous in not done correctly. In fact, since I’ve been discussing this publicly, I’ve heard from quite a few people, sharing their personal experience withdrawal from Paxil. Their experiences ranged from no major problems to having to be hospitalized for life-threatening withdrawal issues.

My first two weeks of withdrawal were horrible. It was like a really, really bad case of the flu. I felt so sick during that period of time and time was the only thing that helped.

After that, I struggled with insomnia for a few days before beginning to feel better. It was awful. 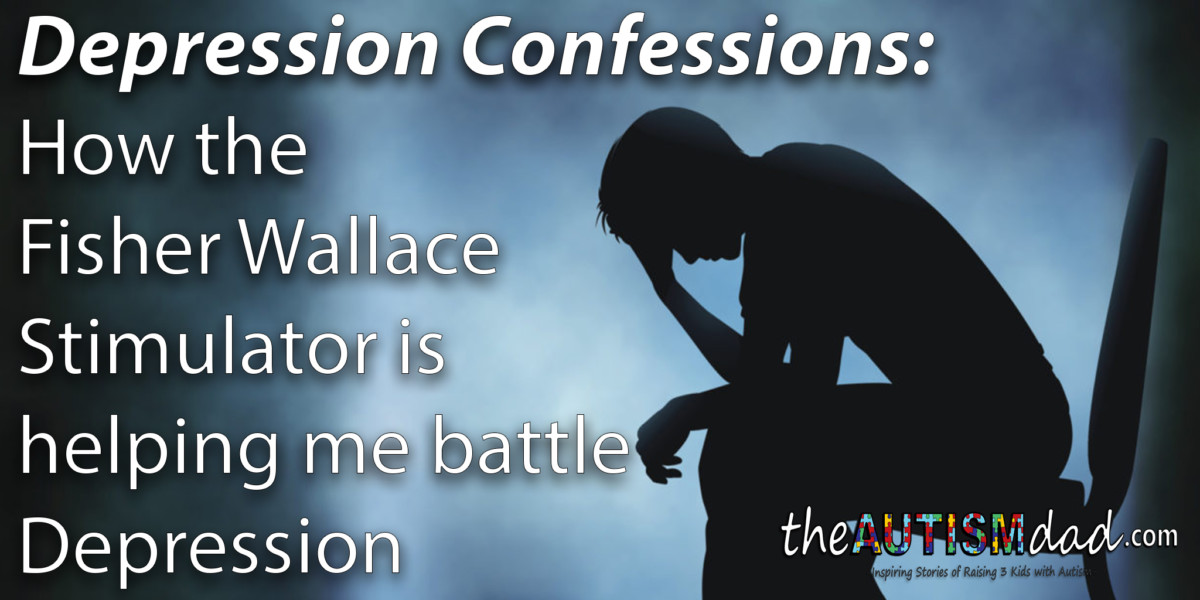 I’ve explained that my withdrawal is planned out in four phases. I made it through the first and I’m now halfway through the second phase. This time around, however, things have been different.

The first two weeks of the second phase should have been as rough as the first but I haven’t felt sick at all and here’s why. I’ve been using a device called the Fisher Wallace Stimulator and I’m completely convinced that it’s spared me from having to suffer through another drop in dosage.

Here’s a video of how it works:

Here’s the analysis of published research of the Fisher Wallace Stimulator:

I’ve been using this device since the very end of my first phase of withdrawal, about four weeks. After only a few treatments, I was noticing a positive change in how I felt. It’s not like I dancing around because I was super happy but I wasn’t feeling the pull of my depression as much.

I’ve been using the Fisher Wallace Stimulator two to three times a day and I’ve not experienced any negative withdrawal symptoms as I did during the first phase.

When I stopped using the stimulator for a couple days, I began to feel the side effects from the Paxil withdrawal again. Once I began using the device again, the symptoms were gone.

The reason I’m feeling relief from the stimulator is that it stimulates my brain to produce the same neurotransmitters that the Paxil did. As the Paxil is leaving my system, the Fisher Wallace Stimulator is picking up the slack and taking over.

I was suffering side effects from the withdrawal of Paxil because had been correcting the chemical imbalance in my brain, otherwise known as Depression. As I’m withdrawing from Paxil, it’s no longer correcting that chemical imbalance and my brain goes into shock because the neurotransmitters are no longer being produced. There’s a period of adjustment, hence the side effects, before the brain can begin picking up the slack for the missing or reduced medication. This is why it’s so important to withdraw as slowly as possible and only under medical supervision.

It’s important to understand that the Fisher Wallace Stimulator is available via prescription only, and is very expensive. It retails for $699 and $599 for first responders, veterans and those with Medicaid. If you have private insurance, you may be reimbursed under certain circumstances.

I realize that this is expensive and I hope more insurance carriers will move to cover this. In the long term, it’s far cheaper and presents with no negative side effects.

You can find out more information here.

My experience with this device has been amazing. It’s part of and will continue to be a big piece of my ongoing treatment for Depression, in combination with therapy and exercise.

Disclosure: I received this device at no charge but my opinions are my own. My experience has been truly a positive one and my understanding is that it works for most people. All I can tell you about is my personal experience and share the product information. The rest is up to you. I don’t get anything if you purchase a Fisher Wallace Stimulator. My motivation is to simply present you with the information and connect you with the technology that may be of benefit to you.

Was there any thought of using the fisher wallace device as an autism treatment?

No clue.. I only have experience using this for depression and anxiety. For those things, it works very good for me.

correct, i like these tips in video also to be happy
https://www.youtube.com/watch?v=5rMI_yz9CtE

It’s good that it helps. But at a cost of hundreds of dollars, with not very much insurance coverage, means most people won’t be able to use it.

I totally agree. The good news is more carriers are covering it and hopefully that will continue.

It’s good that it helps. But at a cost of hundreds of dollars, with not very much insurance coverage, means most people won’t be able to use it.

I totally agree. The good news is more carriers are covering it and hopefully that will continue.