IMPORTANT UPDATE: My nightmarish withdrawal from #Paxil has taken an unexpected turn -

I was able to give Gavin his #Clozapine tonight

Some sad news about our dog

IMPORTANT UPDATE: My nightmarish withdrawal from #Paxil has taken an unexpected turn

Yesterday, I told you that Gavin’s appointment with Dr. Reynolds went fine. What I didn’t tell you was that I had a chance to talk to him about my current struggles with coming off of Paxil.

I also wanted to update you all as well because I think it’s been a little while since a more detailed update has been written.

I took my last dose of Paxil last Thursday. I was taking 40 mg/day and over the last three months, I’ve slowly weaned off the Paxil, under medical supervision. This has been a nightmare at times and survivable at others. The middle part of this journey wasn’t too bad because was I beginning to use the Fisher Wallace Stimulator and that has helped to take the edge off by increasing the production of neurotransmitters. 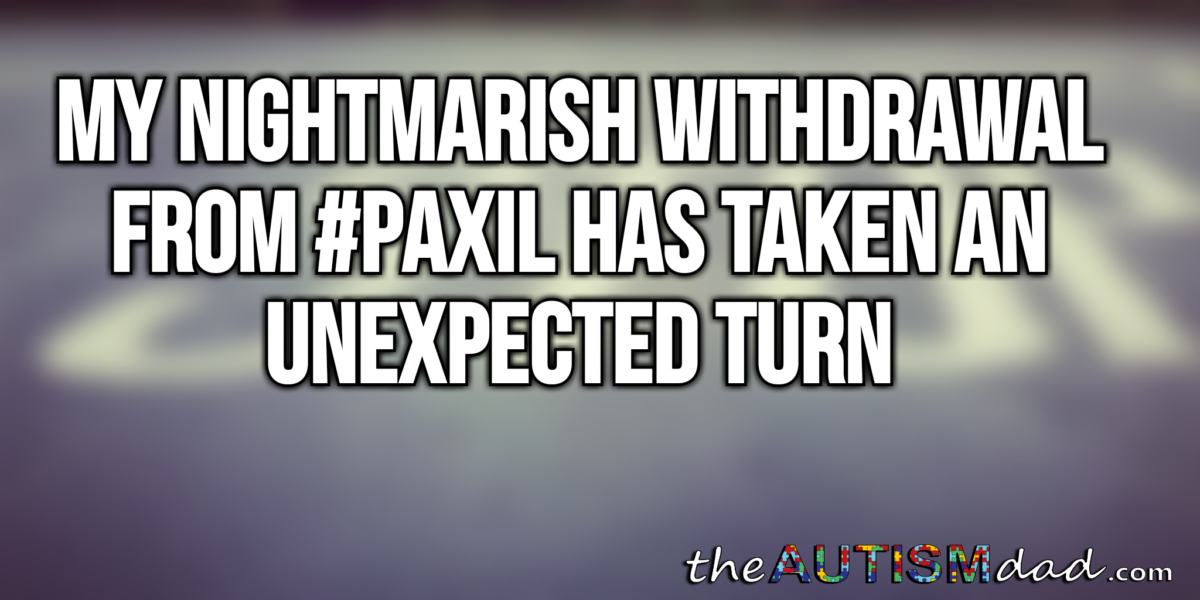 Unfortunately, since finishing the withdrawl journey last week, I’ve been absolutely miserable. I’ve been sick almost every day and even the Fisher Wallace Stimulator isn’t enough to help at this point.

I figured I would talk to Dr. Reynolds about it while I was there and see if he had any advice.

According to him, and he’s a Harvard trained, nationally recognized addiction expert, Paxil and Effexor are so difficult to withdrawal from, he will not personally prescribe them unless it’s absolutely necessary. I told him that I would swear that I was withdrawaling from something like heroin and not Paxil. He said it’s literally like coming off of something like heroin for many people.

There will be people who downplay this because how can coming off an antidepressant be that bad. I’m telling you, it can be an absolute nightmare, leave you sick for a long period of time and even land you in the hospital. It can be so bad for some people that they have to go back on, just to stop the symptoms.

Anyway, he said that I probably should have reduced the dose by 2.5 mg, every two weeks because even the ninety days it took me was likely too fast. He suggested that if I continue to struggle, I need to talk to my doctor about going back on, so I can wean off slower.

In all seriousness, I will literally have to crush the pills, divide it up with a razor blade and weigh the powder on a tiny scale. It sounds funny to think of doing this but that’s the reality. It’s just like in the movies when they’re cutting cocaine into lines with a razor blade on a tiny mirror before rolling up a dollar bill. Again, it sounds funny but I’m really hoping to avoid having to go back on, just to wean off slower.

As of midnight tonight, I’m feeling pretty good and was even able to eat dinner. Perhaps there’s a light at the end of the tunnel and I can just put this all behind me.