2 things that have always overwhelmed me as an #Autism parent


Being an Autism parent is rarely described as being easy. It’s many things but easy simply isn’t one of them. That doesn’t mean that there aren’t times that are easier than others. In that vein of thought, I thought I would pose a question to you all.

Are there times you find being an Autism parent harder than usual? If so when?

For me personally, it much harder to be an Autism parent when my kids are sick, especially when it’s my youngest, Emmett. Emmett is so sensory oriented that even things like a simple cold will put him into a tailspin. It’s awful because there’s nothing we can do, short of curing a cold, that will help him.

Things like a stuffy nose, scratchy throat or even sneezing can and often are, completely overstimulating to him. Overstimulation leads to meltdowns and meltdowns lead to me becoming overwhelmed very quickly. Combine that with lack of sleep and it a recipe for a very, very difficult Autism parenting day.

I’d love to hear your thoughts below in the comments. Do you agree? Disagree? Maybe you have a different experience all together. 🙂 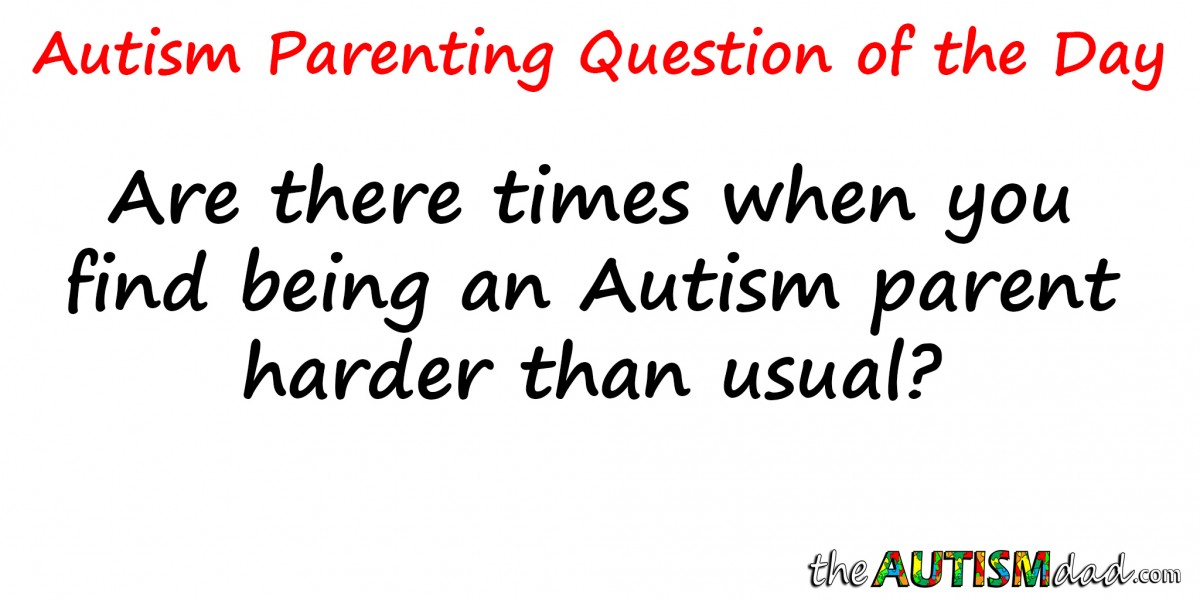 Oh boy most definitely. Other days it’s hugely rewarding. No matter the size of our beloved… https://t.co/kRGN8oBrSM